How to Do a Girls’ Weekend Getaway in Boston

Between its historic landmarks, gorgeous parks, world-class museums, and a wave of innovative restaurants that's got the food world buzzing, getting away with the girls doesn't get much better—or easier—than spending a weekend in one of America's oldest cities. Here's how to do it right. 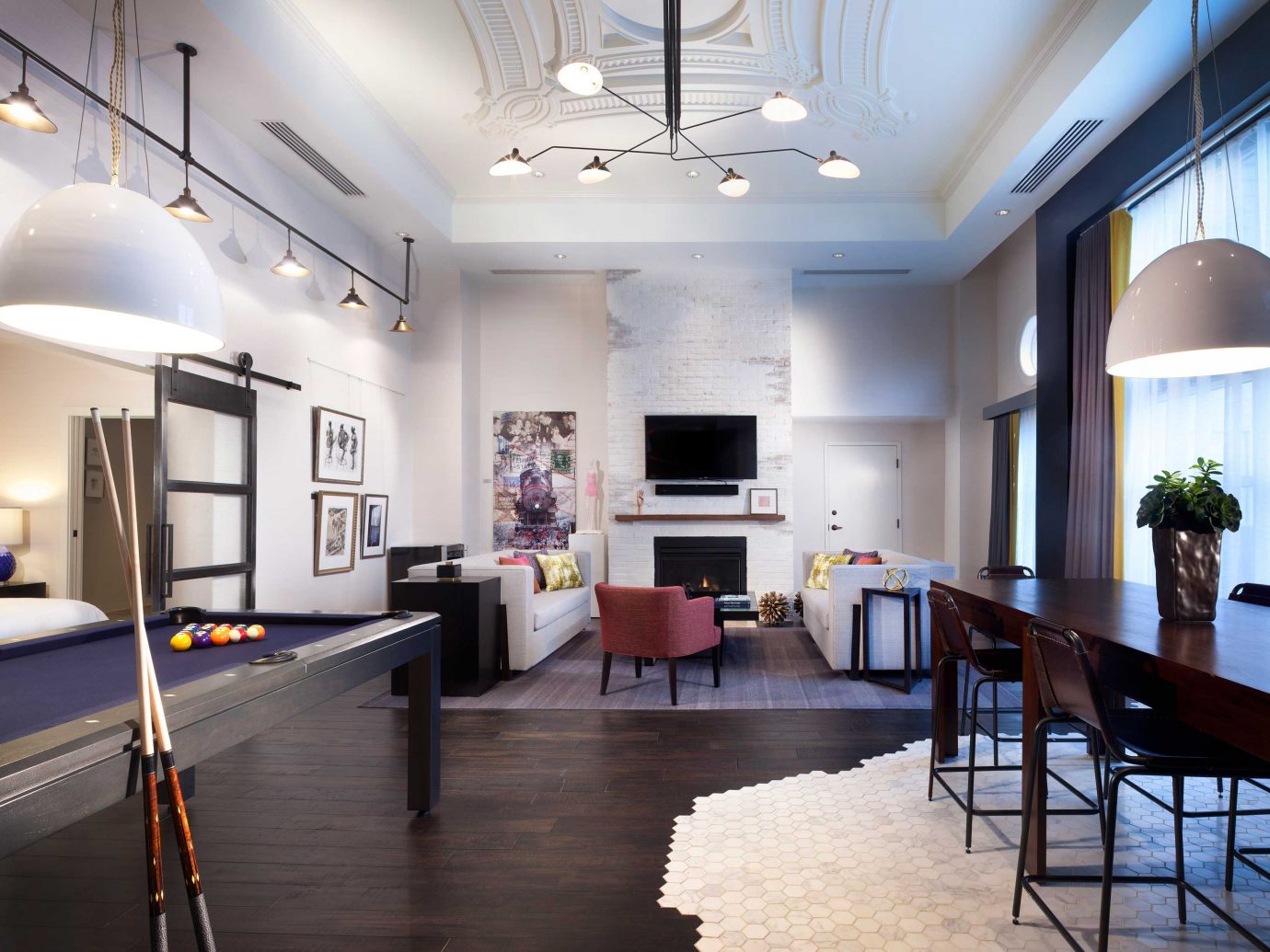 During baseball season, it'd be a crime to visit Boston without hitting up a Red Sox game. This Back Bay mainstay puts visitors within spitting distance of Fenway Park. Inside, it's plush and sophisticated, where spacious guest rooms feature custom libraries of works by Boston authors. Bookend an afternoon or evening in the stands with a meal at Eastern Standard, where New American dishes pair perfectly with some of the best cocktails in the city.

You can't get much closer to the sites—Faneuil Hall, the ICA, the Aquarium—than this waterfront landmark. Inside, it's the epitomize of old Boston, with hard-carved furniture and antique New England maps in public spaces and eye-popping nautical themes and city or sea views in each of the 230 rooms. The amenities are just as impressive (especially if you're not looking to venture far): Sea Grille is famous for its Sunday brunch and James Beard Award-winning chef, and there's an indoor pool and spa (robes and workout clothes included) for groups who like to take their vaca with a side of pampering.

This instant classic just off Boston Common is everything we love about Kimpton—a vibrant and bold design, gotta-have-em extras like fun loaner bikes and complimentary wine hours, and stylish rooms that go big on comfort (think ergonomic leather chairs and pillow menus) and bigger on amenities (hello, in-room yoga mats!). The clincher? There's a swanky cocktail lounge complete with board games that makes for the perfect pre-game locale before dinner at KO Prime.

See All Hotels in Boston 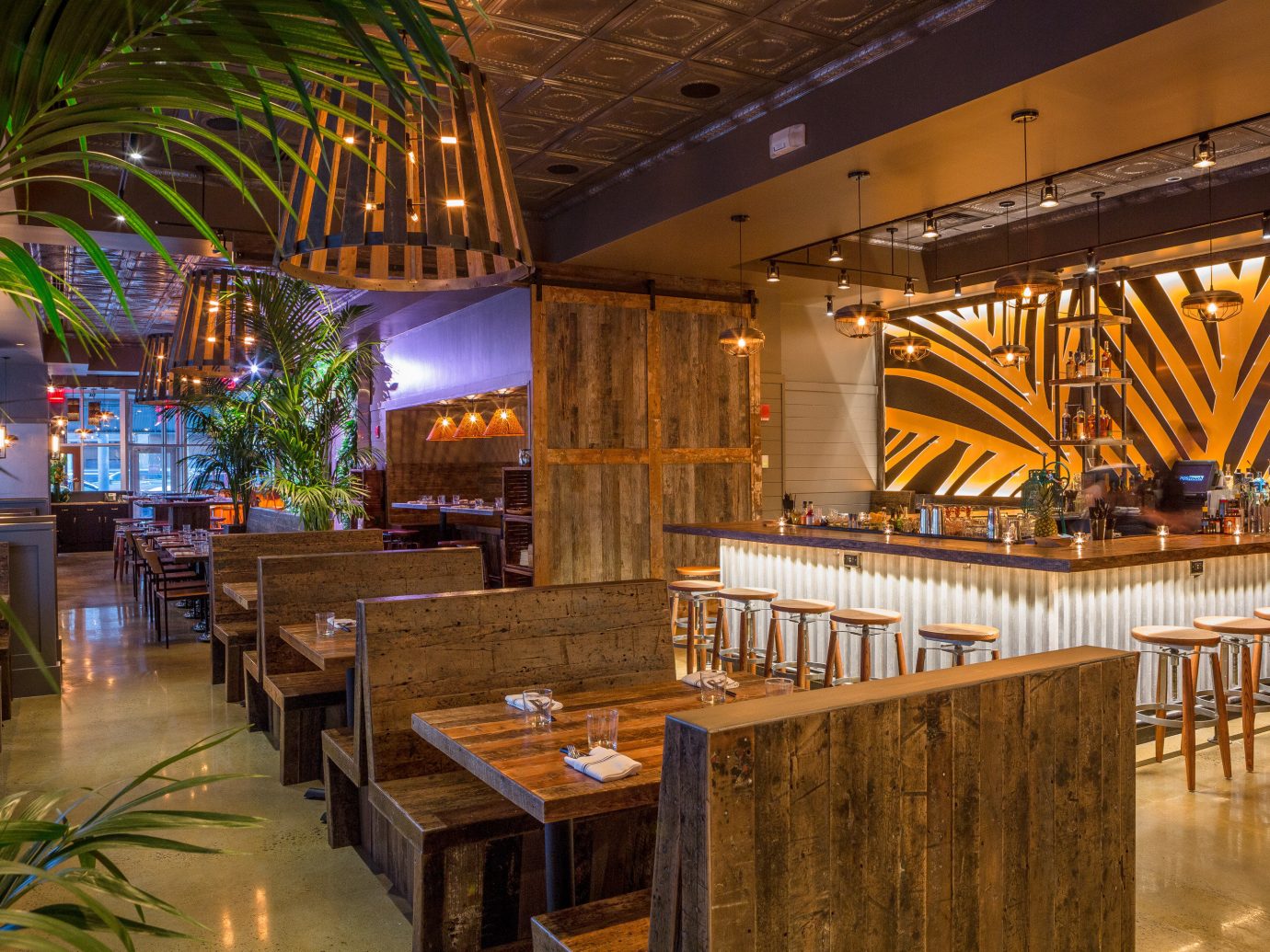 This romantic South End newbie takes cues from Venetian-style bacaros (wine bars), serving up beautiful small plates—bite-size cicchetti; soft-boiled quail eggs; pork-and-beef polpette—to Boston’s style crowds. Belly up to the marble-topped bar and order a glass of Nebbiolo. Staying a while? Traditionally sized entrées of hand-rolled pastas like garganelli are made with grain and flour milled in house.

Seeking something a little more out of the ordinary? Chef-owner Tiffani Faison has made it her mission to put the “funky” in Southeast Asian fusion at this Fenway Park hot spot, which has landed itself on countless “best of” Boston restaurant lists since it opened in 2015. Thai, Chinese, Indian, Malaysian, Vietnamese—you’ll find it all in her herb- and spice-laden interpretations on papaya salads, street noodles, double-pork-patty burgers, and pad gra pow. Add rum-heavy tiki drinks and a living herb garden wall, and you’ll soon forget Boston lies just outside.

Boston native Barbara Lynch is the reigning queen of her hometown’s food scene, and Sportello, an elevated diner in the Seaport District, is her love letter to Italian cuisine. Watch through the open kitchen as staffers prepare and deliver modern dishes like cumin-flavored gnocchi and fettuccine with shrimp, mushrooms, and Calabrian chili to the U-shaped counter. 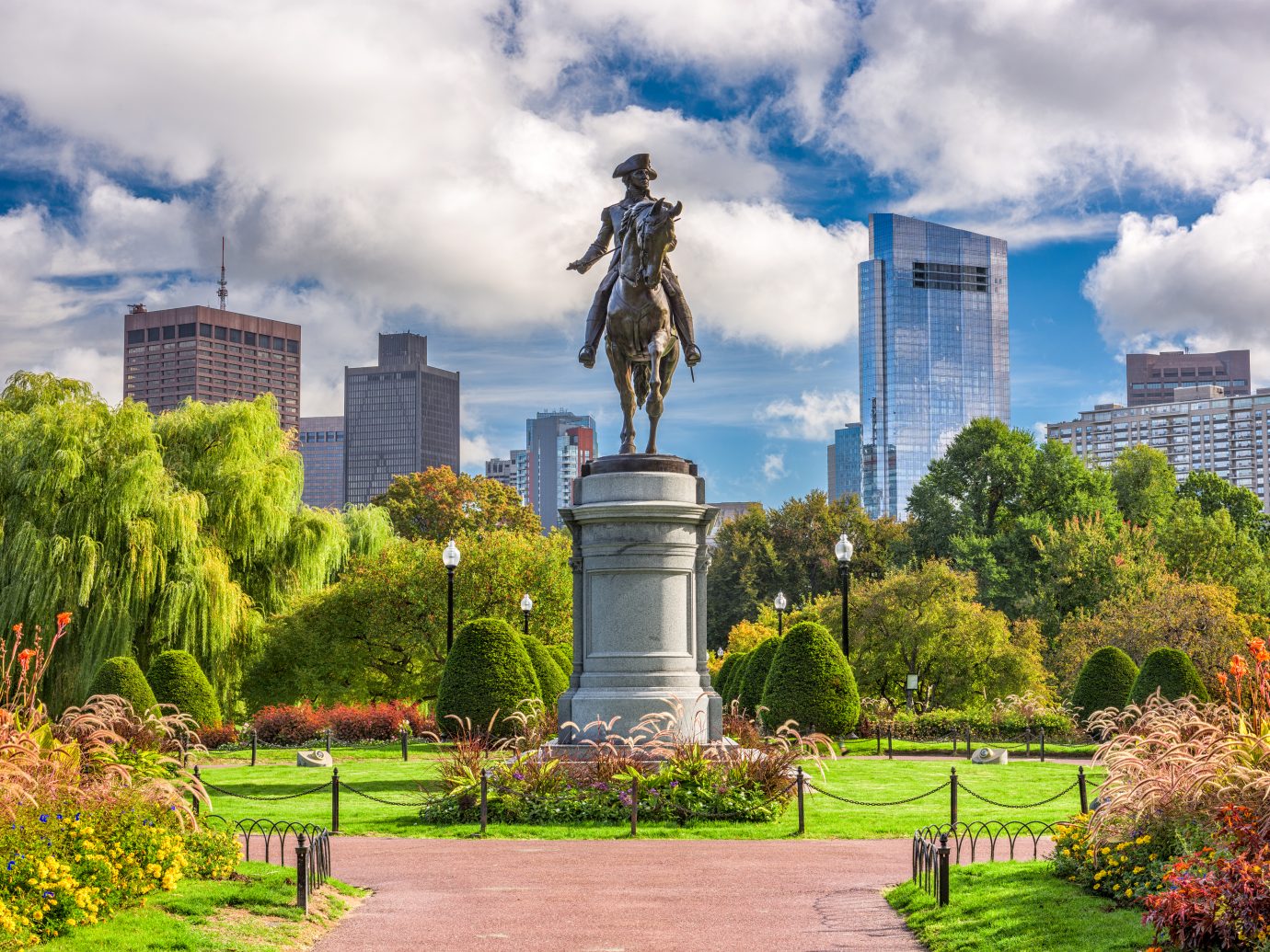 The oldest city park in America (and the first stop on the Freedom Trail), the 44-acre Boston Common has played a part in nearly every turning point in our nation’s history. In was here that George Washington came to celebrate our independence, where Charles Lindbergh rallied for commercial aviation, where MLK held a civil rights rally, and where Pope John Paul II held Mass. Today, it is a lush escape from the city streets, full of ball fields, tennis courts, monuments, the famous Frog Pong—a splash pool in the summer and ice-skating rink in the winter—and, come fall, a beautiful spot to take in that famous New England fall foliage.

There are always interesting exhibits to be found at Boston’s Museum of Fine Arts (also known as the MFA), but for the girls, we suggest saving an hour or two for the more-under-the-radar Isabella Stewart Gardner Museum. Modeled after a 15th-century Venetian palace, this was once the home of Isabella Stewart Gardner, who, after her death, bequeathed her personal art collection—including works by Titian, Degas, Vermeer, Rembrandt, and Manet—to the public. Even more striking than the rare objects, tapestries, paintings, and books it contains is the central open-air courtyard, whose stone columns, arches, and architectural details lifted from Roman, Byzantine, Romanesque, and Gothic styles is considered its own kind of masterpiece.

Each Sunday between May and October, the SoWa Open Market takes over Boston’s South End. Consider this a one-stop-shop for foodies, art lovers, beer connoisseurs, and anyone in need of a morning or afternoon pick-me-up. More than 175 food trucks, farmers, artists, and artisanal purveyors set up shop around the SoWa Power Station to sell their labor of love. Feeling peckish? Head to Mei Mei Street Kitchen food truck for their famous egg-cheddar-and-scallion pancake sandwiches. Running low on sandwich fixings? Dill spears from Grillo’s Pickles are always in demand. Ready for happy hour? Order a pint from Prospect Ciderworks and Beer Barn.

TOUR TO BOOK: Wine lover? Treat your friends to a two-hour walking and wine tasting tour of the North End, South End, or Back Bay (your choice!), led by a professional sommelier. Appetizers and restaurant reservations are included.

Whether you build your outfits around what’s just off the runway or a single statement find, you’ll find what you’re looking for at All Too Human. Owner Jessica Knez curated the racks at her Back Bay boutique like she would her own closet—think still-emerging labels like Alyx and Strom with big-name designers like Dries Van Noten and Marni you won’t find anywhere else in Boston.

Lana Barakat has followed up her hit home accessories store December Thieves with another shop full of fashion statements. Just don’t let its address in preppy Beacon Hill fool you: inside, it’s as edgy as it gets. Alongside leather backpacks from Italy and chunky jewelry from Paris are handmade shoes from Berlin and structured clothing from Japanese label UCF. What’s for sale isn’t the only aspect that wows: walls are themselves works of art, featuring a moss wall studded with ceramic insects and an abstract mural in the back.

A relative newcomer to Newbury Street, the deWolfe pop-up is the success story of owner Gina deWolfe, who stitched her own backpack from scraps of leather while recovering from a debilitating illness. Today, she sells a collection of wallets, belts, and bags—bumped up with gunmetal clasps—in addition to crafting custom-ordered items in store, and occasionally hosts workshops by local entrepreneurs.

What to slip on for a trip through Boston: