The Trip Every Art Lover NEEDS to Take in 2020

Every four years, lovers of impressionism gather in Normandy, France, to view some of the genre’s greatest works by those who lived and painted in the area themselves. In 2020, the Normandy Impressionist Festival returns and is poised to be the best yet, with over 450 events scheduled across the country's top art destinations, from Claude Monet’s famous water lily pond to Eugène Boudin’s hometown of Honfleur. Jetsetter editor Jackie Homan paid a visit ahead of the festival to bring you the ultimate Normandy itinerary for art enthusiasts.

How to Get Around: Road trip! To best explore Normandy, fly into Paris (Air France offers affordable flights) and rent a car from the airport to drive to each town. Alternatively, there are train and bus options available between most cities. 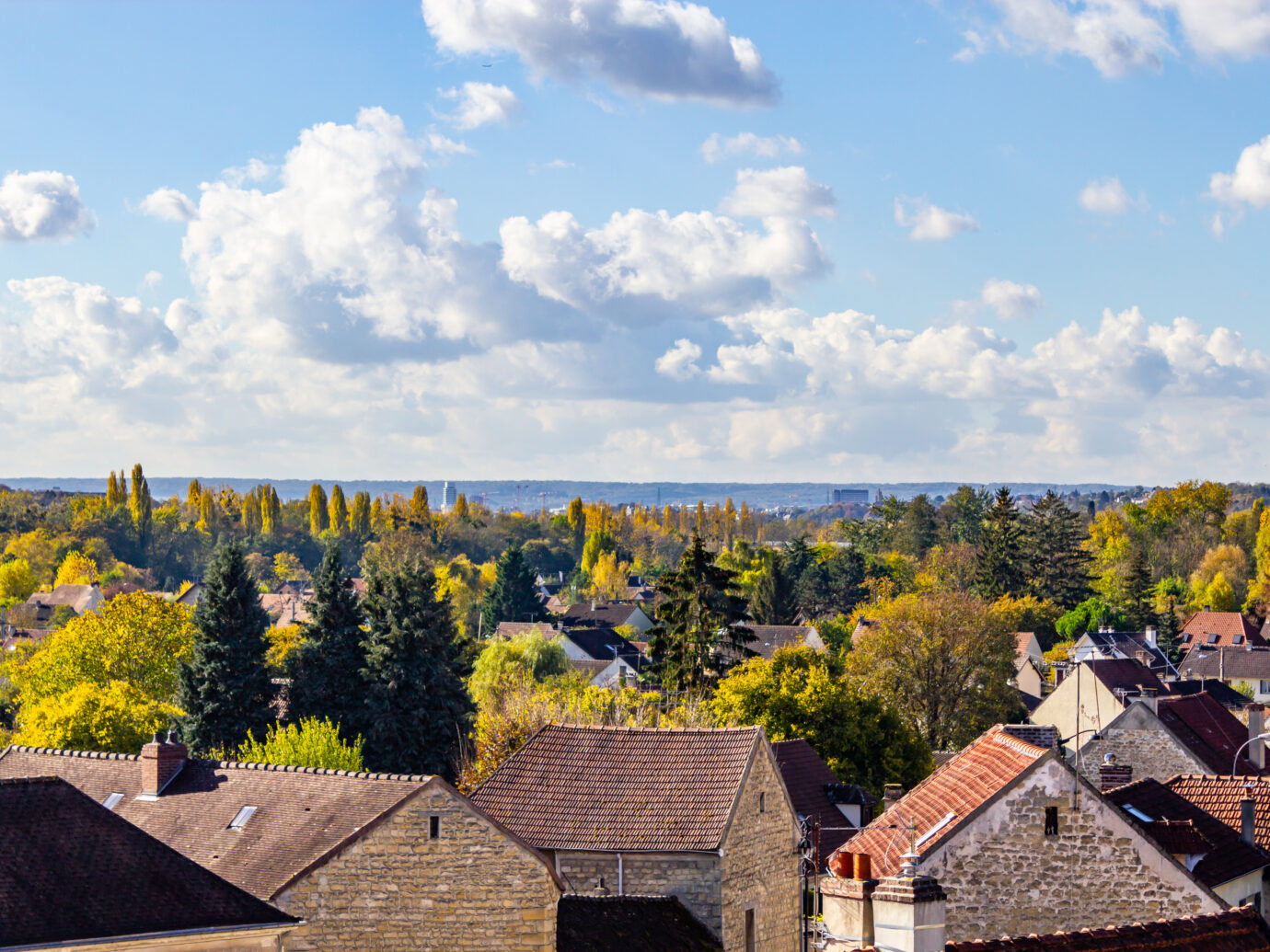 Although technically outside Normandy, just 40 minutes from Paris, your first stop should be Auvers-sur-Oise. “People come to Auvers for three reasons: Van Gogh, Van Gogh, and Van Gogh,” says Dominique-Charles Janssens, president of the Institut Van Gogh. Janssens oversees the Auberge Ravoux, or Maison de Van Gogh, where the artist lived out the last days of his life, completing 80 paintings in just 70 days. A historical landmark, the former inn has been restored as a public attraction and restaurant. The dining room looks exactly as it did when Van Gogh ate there himself, and his bedroom is in its original condition.

There are many more traces of Van Gogh in Auvers—in the Maison Gachet, his doctor’s home and garden; in the Atelier de Daubigny, the studio of Charles François Daubigny, who was one of Van Gogh’s biggest influences; in several sites that inspired Van Gogh’s impressionist landscapes (pointed out on signs throughout town); and in the cemetery, where visitors can visit the graves of Vincent and his brother Theo. When you’re ready for a meal that looks as artistic as your surroundings, stop by Le Relais des Peintres for its creatively-plated modern French cuisine, then check into the Hotel des Iris, a charming stay and tea room covered in Van Gogh prints. 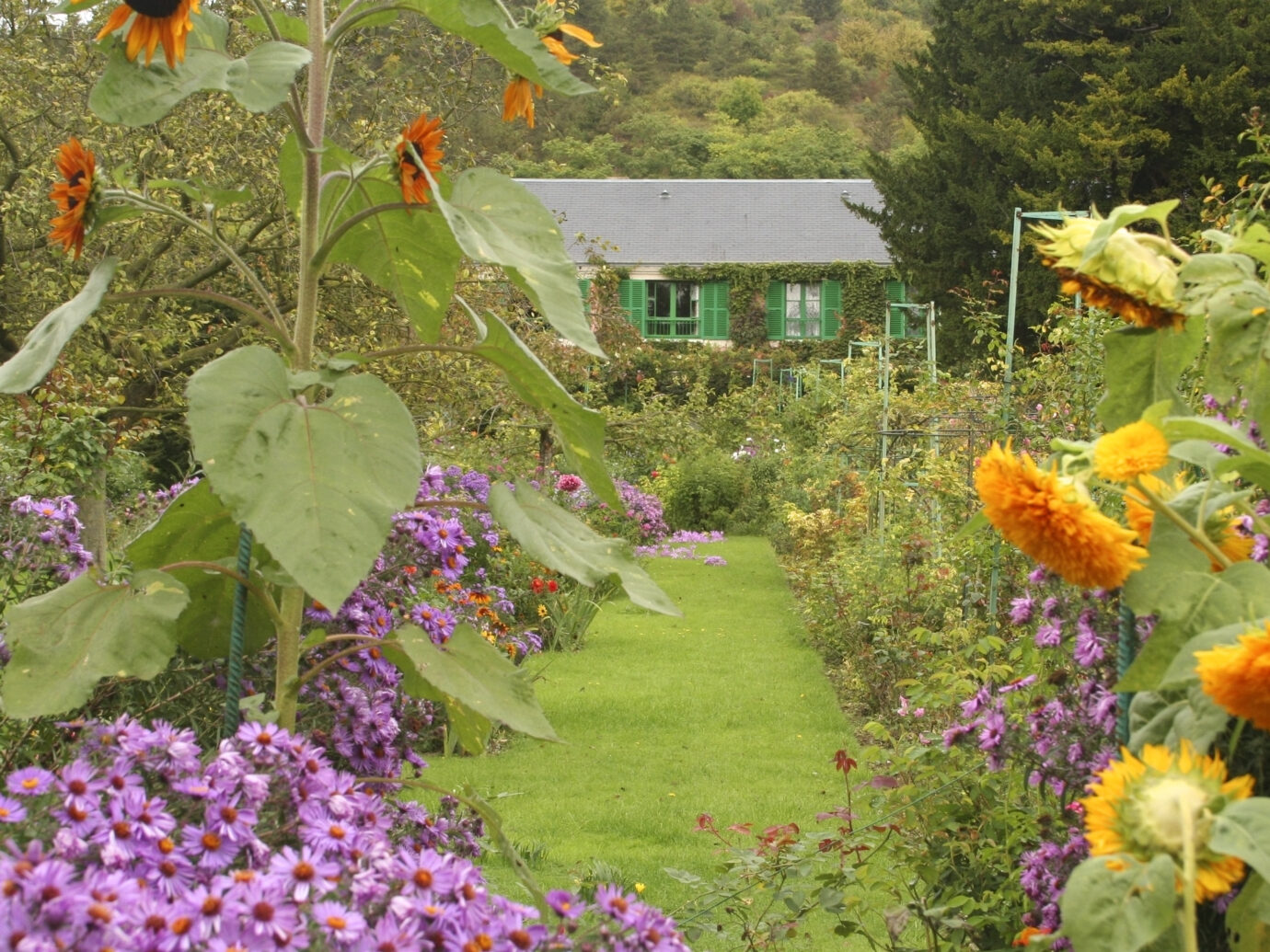 Less than an hour’s drive from Auvers will bring you to the land of Claude Monet. Giverny is home to Monet’s House and Gardens, where the impressionist spent the second half of his life, landscaping initially for his own enjoyment and later using the extravagant gardens as the subjects of his best-known artworks. (Monet painted his gardens and famous water lilies around 300 times.) Take your time strolling the grounds and touring his equally colorful home, but be sure to save an hour or two for the Musée des Impressionnismes down the street, whose modest permanent collection is amplified by special exhibitions. Next up: the history of plein-air painting, featuring works by Monet, Camille Corot, Eugène Boudin, and others.

Worked up an appetite? The newly opened hotel restaurant La Musardiere features outdoor seating and a small but refined menu. Instead of staying in Giverny proper, we recommend driving 45 minutes (or taking a Liberté Seine river cruise) to Le Moulin de Connelles, a small hotel on the River Seine whose 1864 building—originally a flour mill—houses just 12 individually designed guest rooms and suites, a must-try restaurant, and staff that go the extra mile. JS Tip: Ask about their electric bikes, picnic baskets, and canoes for rent.

Normandy Impressionist Festival 2020 Highlight: From March 27 to July 14, the Musée des Impressionnismes will trace the history of painting from nature from the 18th century until 1873, the year before the term “impressionism” was created. 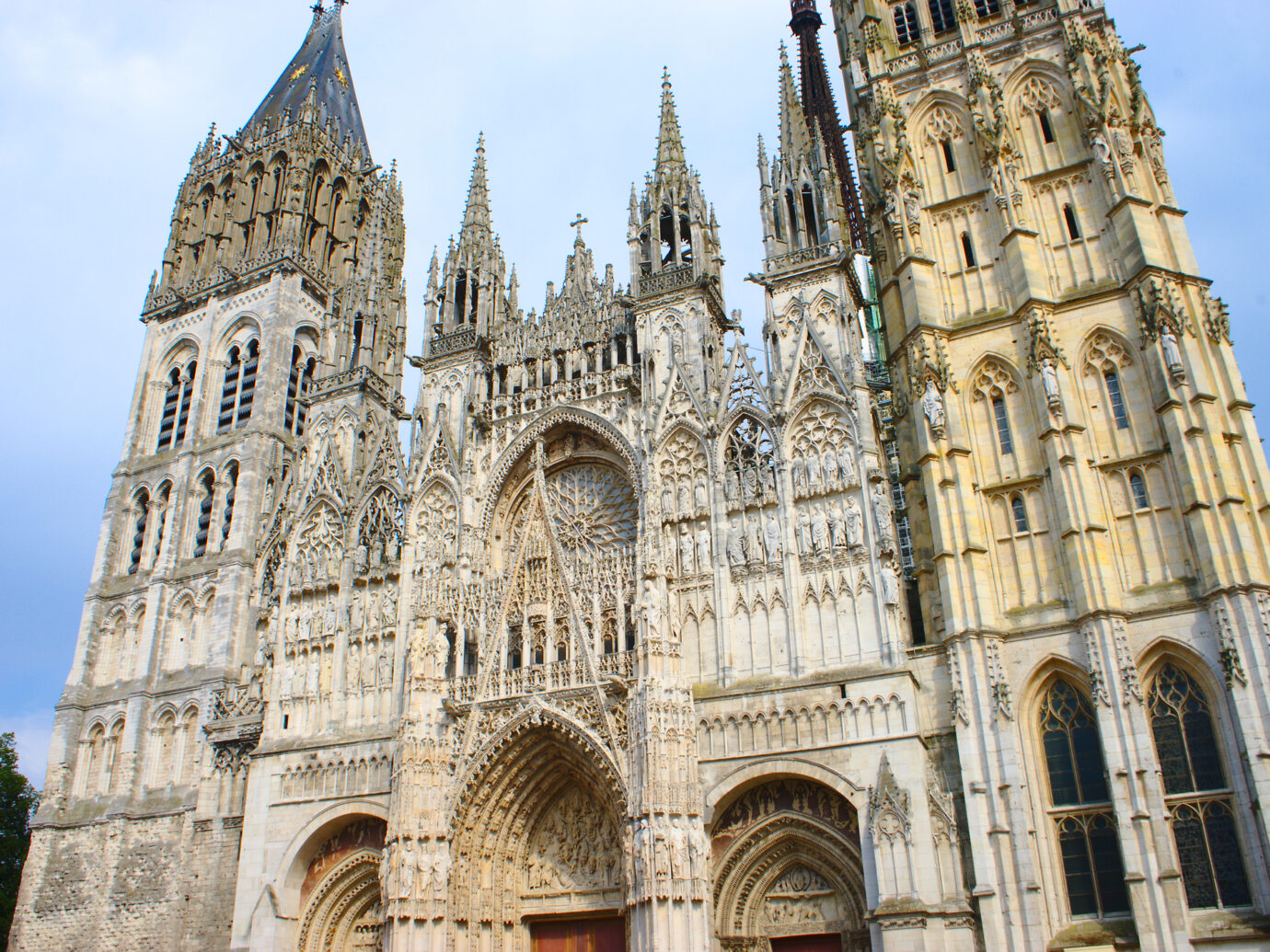 You’ll find more of Monet in Rouen, Normandy’s ancient capital on the River Seine. The city is home to the Notre-Dame Cathedral, a Gothic wonder with the tallest church spire in France. Monet painted his famous 1892 Rouen Cathedral series here, depicting the church more than 30 times in different lighting conditions and at different times of day. After witnessing the real-life landmark, head to the Musée des Beaux-Arts de Rouen (Fine Arts Museum) to see Monet’s “grey weather” version in his series along with 52 other impressionist works—the second-largest collection in France, after Paris’s Musée d’Orsay. Best of all, the permanent collection is free. Afterwards, hit the streets for some souvenirs. There are over 3,000 boutiques and shops in the walkable city center, plus quaint cafés and outdoor seating in the historic Old Market Square.

Normandy Impressionist Festival 2020 Highlight: Throughout the festival, the Musée des Beaux-Arts is hosting a special exhibit on Francois Depeaux, a visionary from Rouen who brought together one of the largest impressionist collections of all time—a collection that will be reunited thanks to loans from major museums and private collectors all over the world. 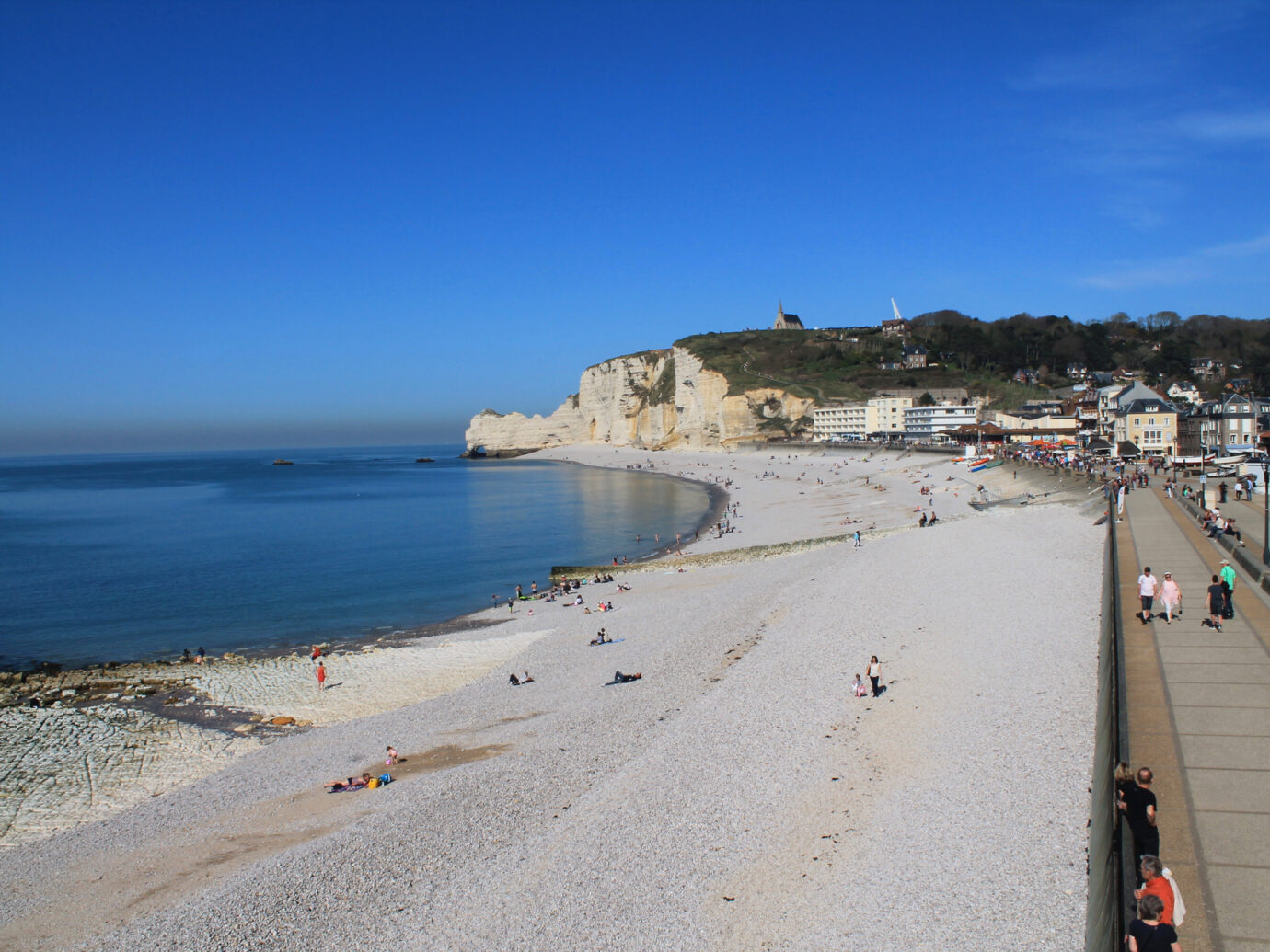 About an hour’s drive or train ride from Rouen, make a stop in waterfront Le Havre. Le Havre was the last city liberated after World War II’s Battle of Normandy, which left 80 percent of it (including over 12,000 buildings) destroyed. When the city was rebuilt under the leadership of Parisian architect Auguste Perret, it was done so primarily using concrete in a grid formation—a style of structural classicism. Le Havre was named a World Heritage Site in 2005 to honor these efforts in modern architecture and reconstruction. A particular highlight is St. Joseph’s Church, considered the city’s masterpiece, which took five years to build and pays tribute to the victims of the war. Inside, you’ll see stunning stained glass, designed simply with patterns of color rather than traditional religious imagery. Of course, you can’t explore Le Havre without seeing more of Monet. (It’s where the artist gave birth to the entire Impressionist movement, after all.) Le Havre’s port and beaches inspired dozens of painters—Auguste Renoir, Camille Pissarro, Alfred Sisley, Edgar Degas—whose works can be seen in the spacious, coastal Musée d’Art Moderne André Malraux, or MuMa. From there, you’re only a 10-minute walk from Les Enfants Sages, a scenic dining spot with outdoor garden seating, and a 12-minute walk from the cozy Hôtel Vent d’Ouest, where you can tuck in for the night.

Normandy Impressionist Festival 2020 Highlight: On the contemporary side, the festival will show Le Havre artist Kévin Cadinot’s “Aurorae,” an illumination of the Fort de Tourneville designed to look like polar, northern-light conditions at nightfall. 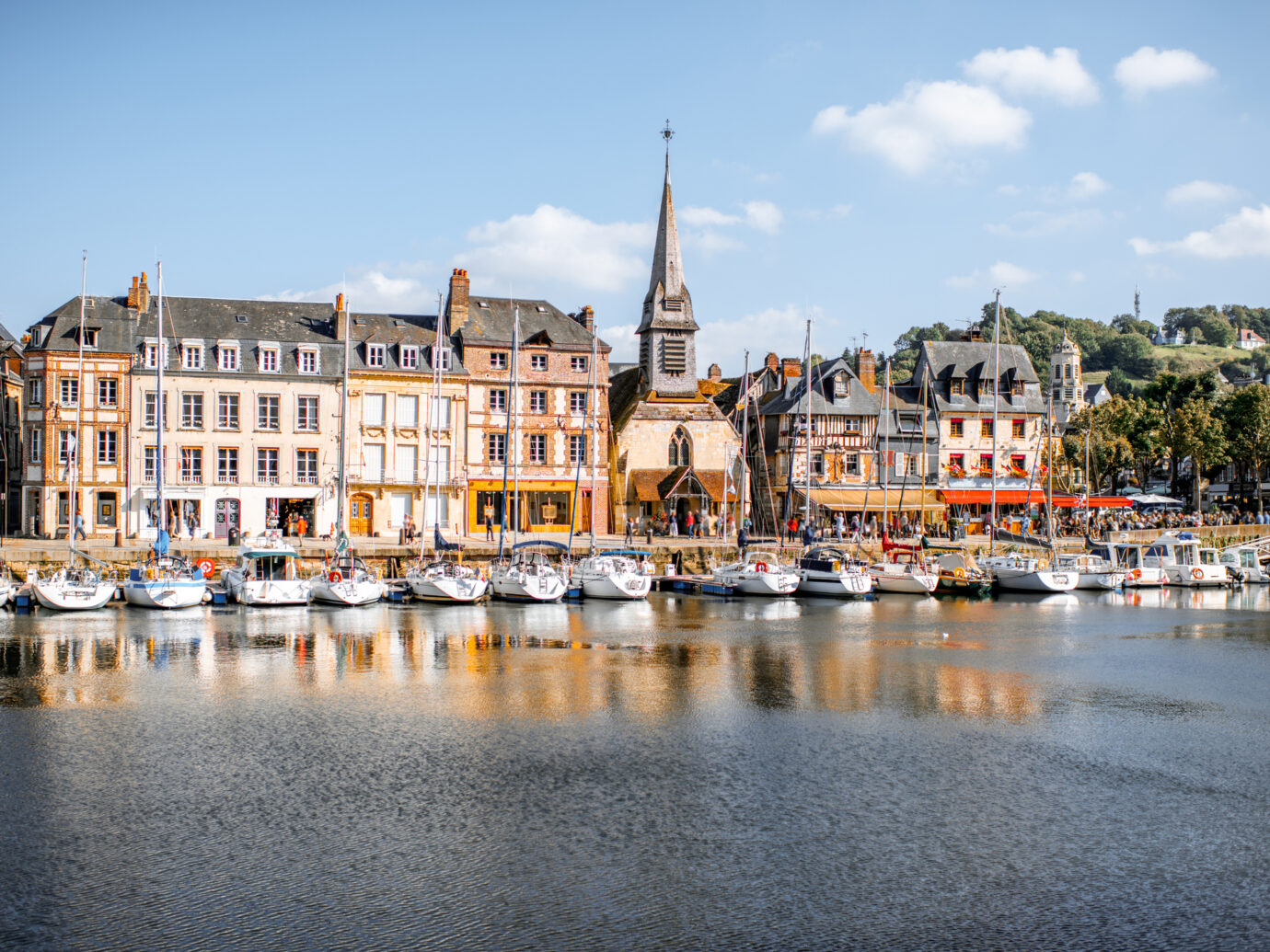 Honfleur, just 30 minutes by car or bus from Le Havre, is the grand finale of your art tour. The small harbor town draws more than three million visitors each year, many of whom come to see the enchanting Vieux Bassin, or old harbor, lined with historic houses. Here, masters of the impressionist era noticed a unique quality of light, with the changing sun reflecting dramatically on the water and boats. Visit today and you’ll see artists set up all along the harbor, painting the light-filled scenes just as the greats did before them—though yachts have now largely replaced commercial ships and fishing boats. Away from the estuary, you’ll find plenty more attractions including the stunning St. Catherine’s Church and bell tower, the largest wooden church in France built by shipwrights in the late 15th century, and the Eugène Boudin Museum, which house paintings by its namesake (who was born in Honfleur) as well as works from Johan Jongkind, Gustave Courbet, Alexandre Dubourg, Raoul Dufy, and, of course, Monet.

The Coolest Things to Do in Tokyo