The Best Thing to Do In Every State This Summer: Northeast

Finding things to do in the American Northeast during the warm weather months isn't hard. At this time, the northeastern states are ready to party—and they do—with glow-in-the-dark stand-up paddle boarding, river bonfires, and exciting new hotel openings. Interested in more regions in the U.S.? See here for the Southeast, Midwest, Southwest, and Northwest. 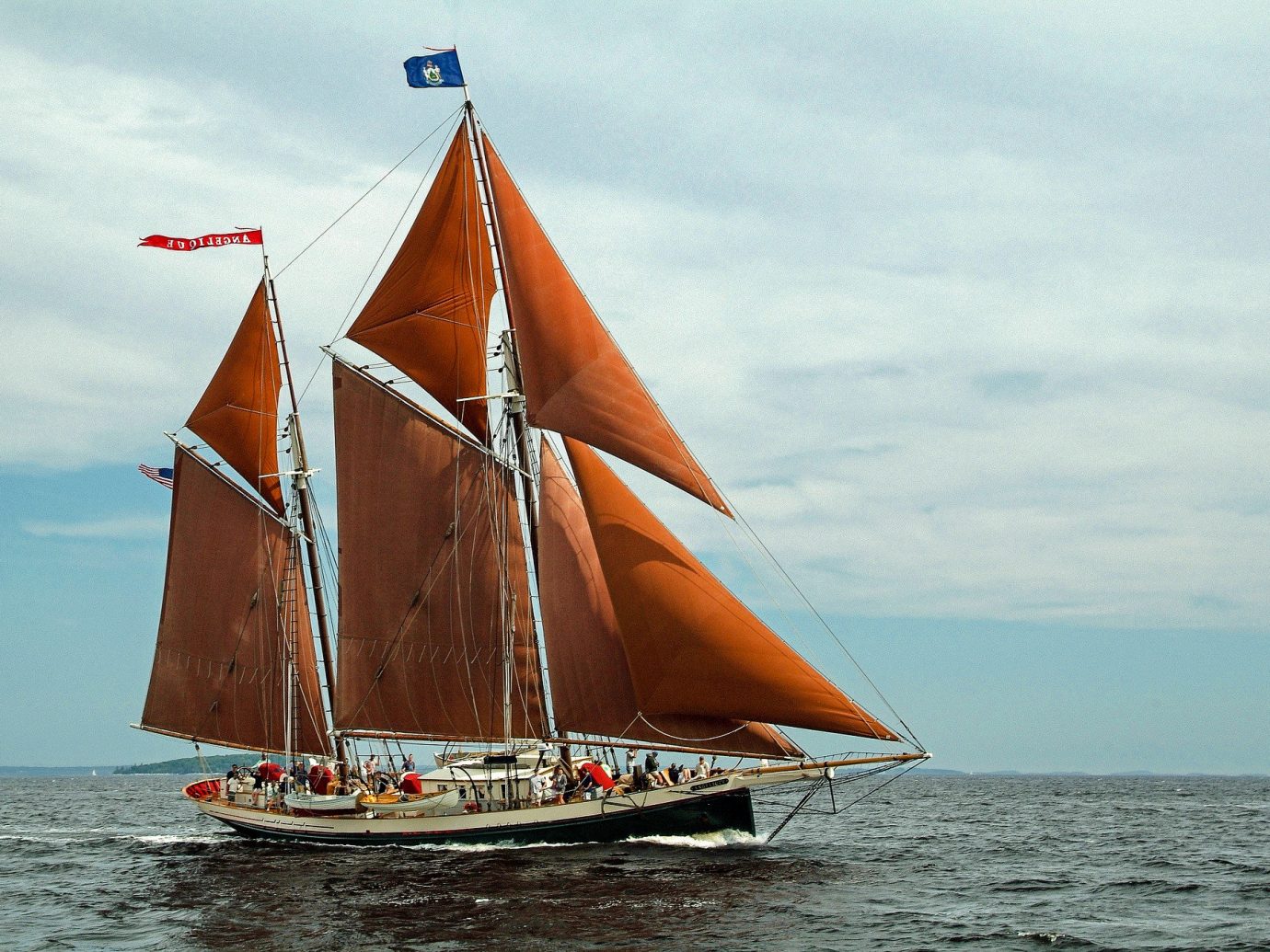 If your ideal vacation style is Kennedy-esque, look no further. You can either charter (or take an easy cruise) on a classic Maine windjammer; pick your pleasure with The Maine Windjammer Association. Our favorite might be the 130-foot-long Windjammer Angelique, with its rust red sails inspired by 1880s English fishing trawlers and promise to cruise near Maine’s many seaside lighthouses. 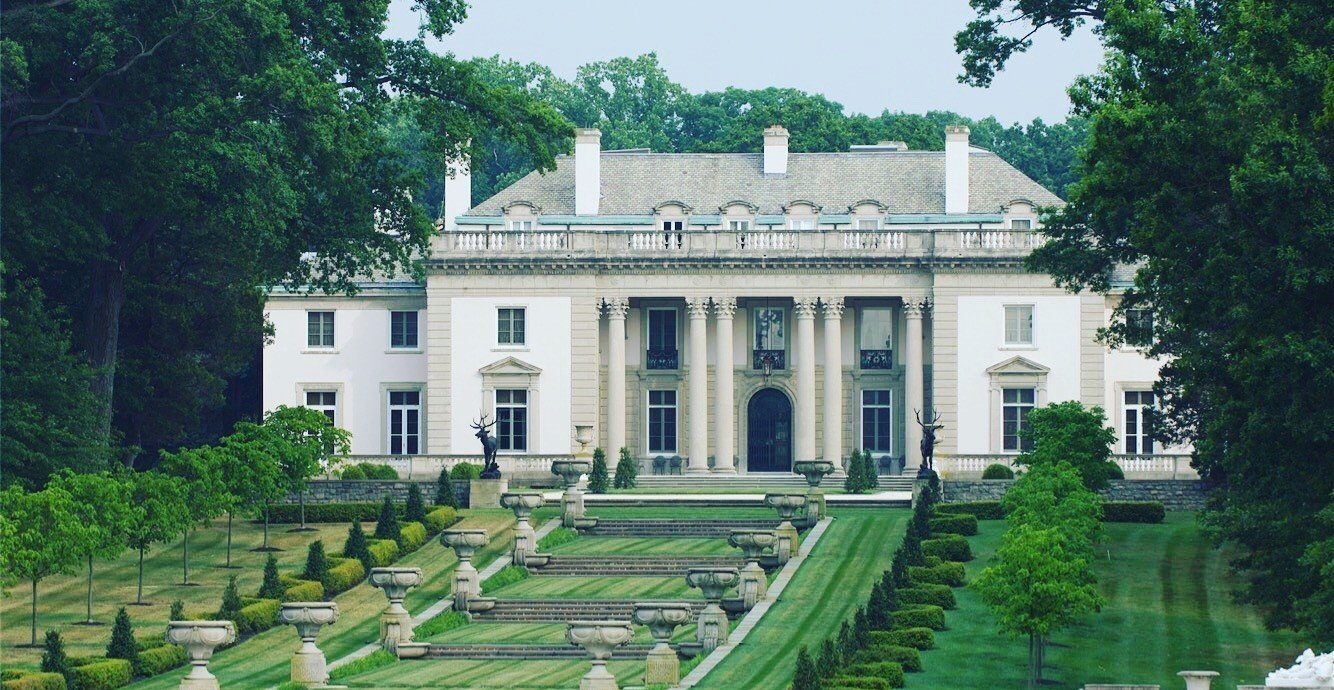 Live the Versailles Life—for an Afternoon 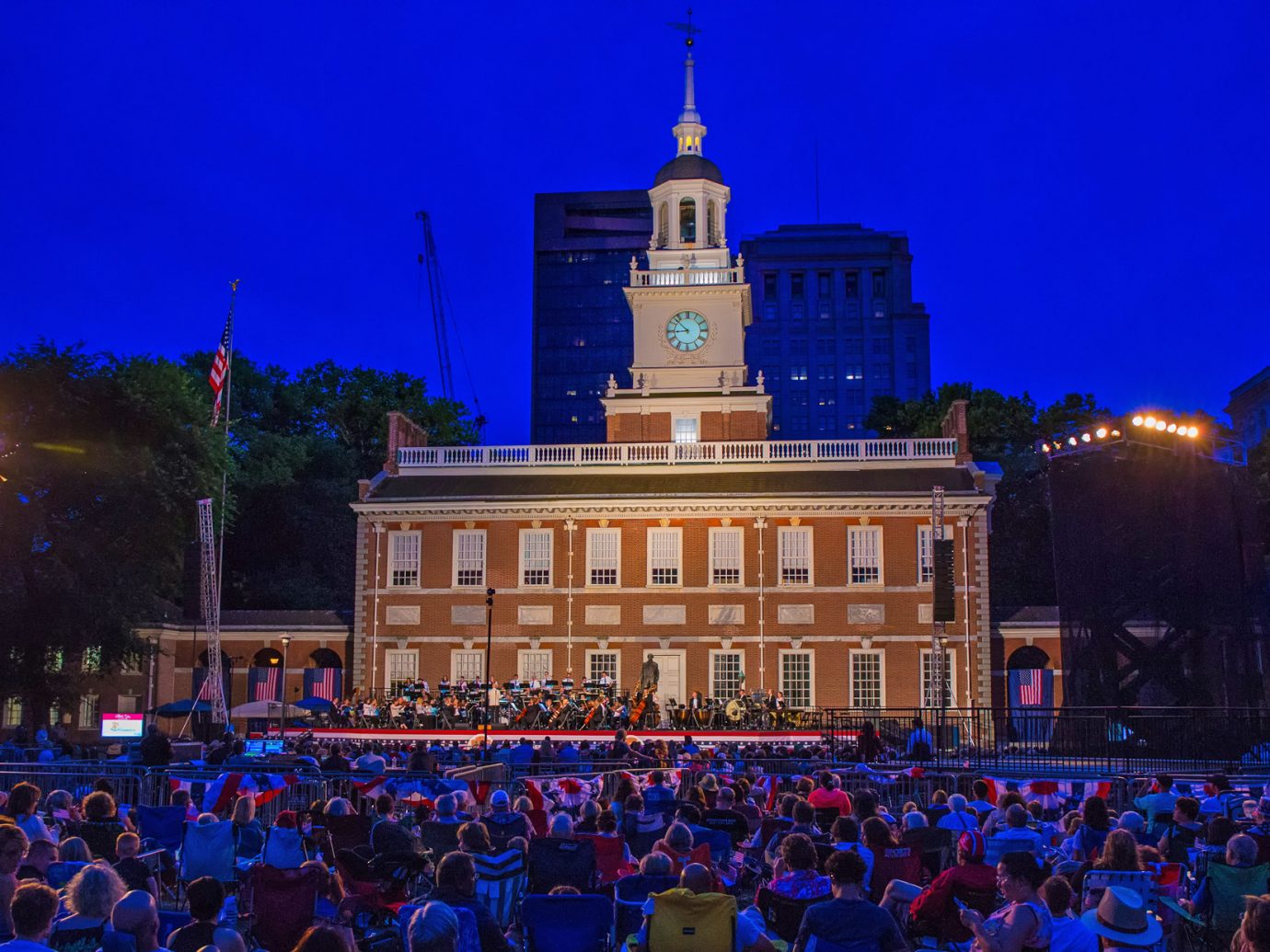 Hit the Town in Pennsylvania
Philly's cool kids rarely flock to the touristy Historic District—home to the Liberty Bell, Independence Hall, and eye-popping 18th-century architecture—but they will this summer, when it's hipper than ever. The Summer Sounds in the Historic District (June 1–September 7) series includes more than 50 live music events that pop up around the neighborhood, including everything from concerts by DJ Royale to The Philly Pops. Don't miss June 13th's tribute to Ella Fitzgerald at the Betsy Ross House.
Book Hotels in Pennsylvania 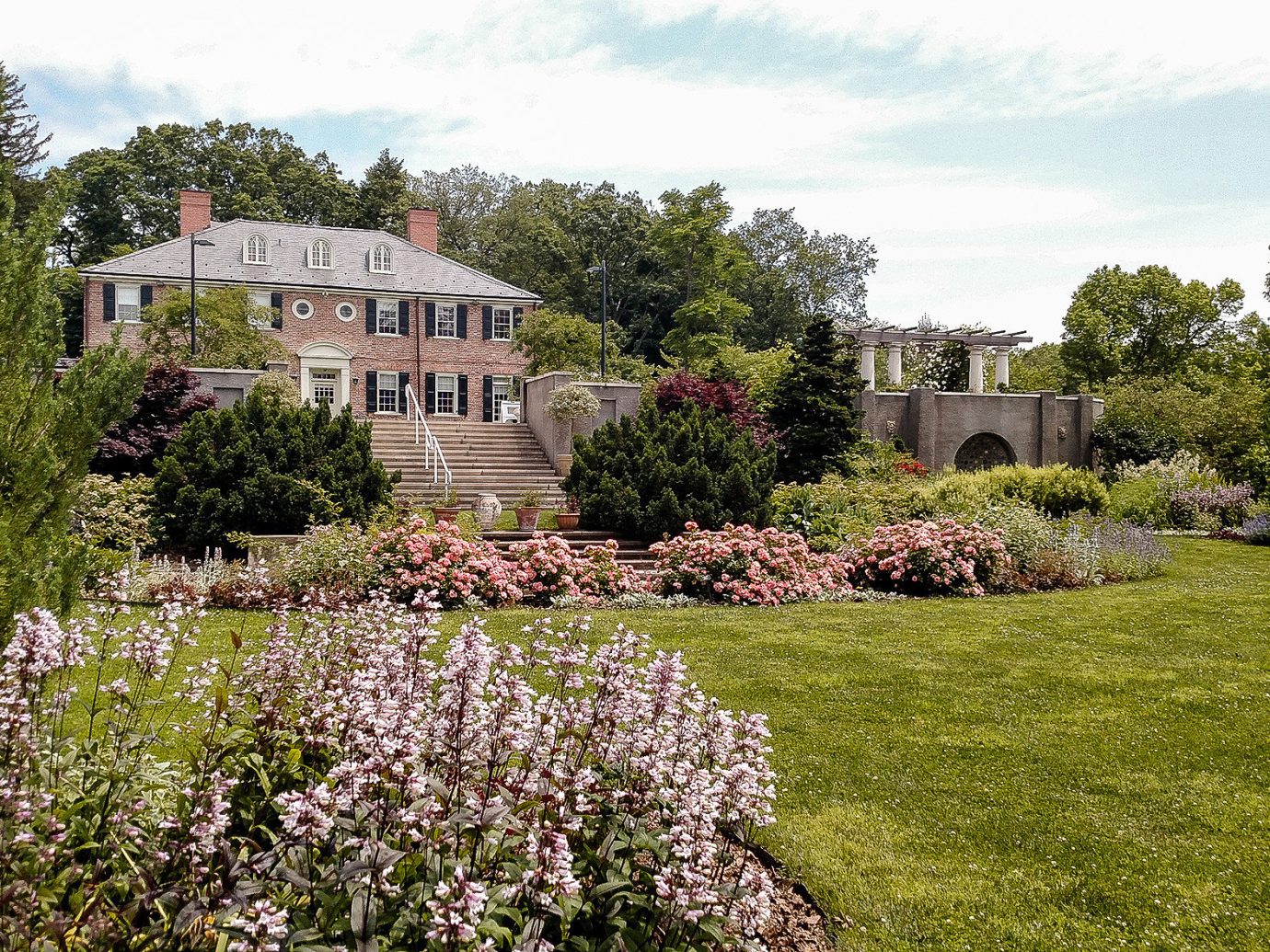 With no offense to Snooki, if you’d rather be in Italy itself than the Jersey Shore, we don’t blame you. Get closer to the Italian idyll experience at Greenwood Gardens, a 28-acre lush and leafy expanse of manicured grounds. Only 45 minutes from Manhattan by train, it’s a warren of mossy lanes, wildflower-laden meadows, and garden terraces that would look right at home on George and Amal Clooney’s Lake Como estate. 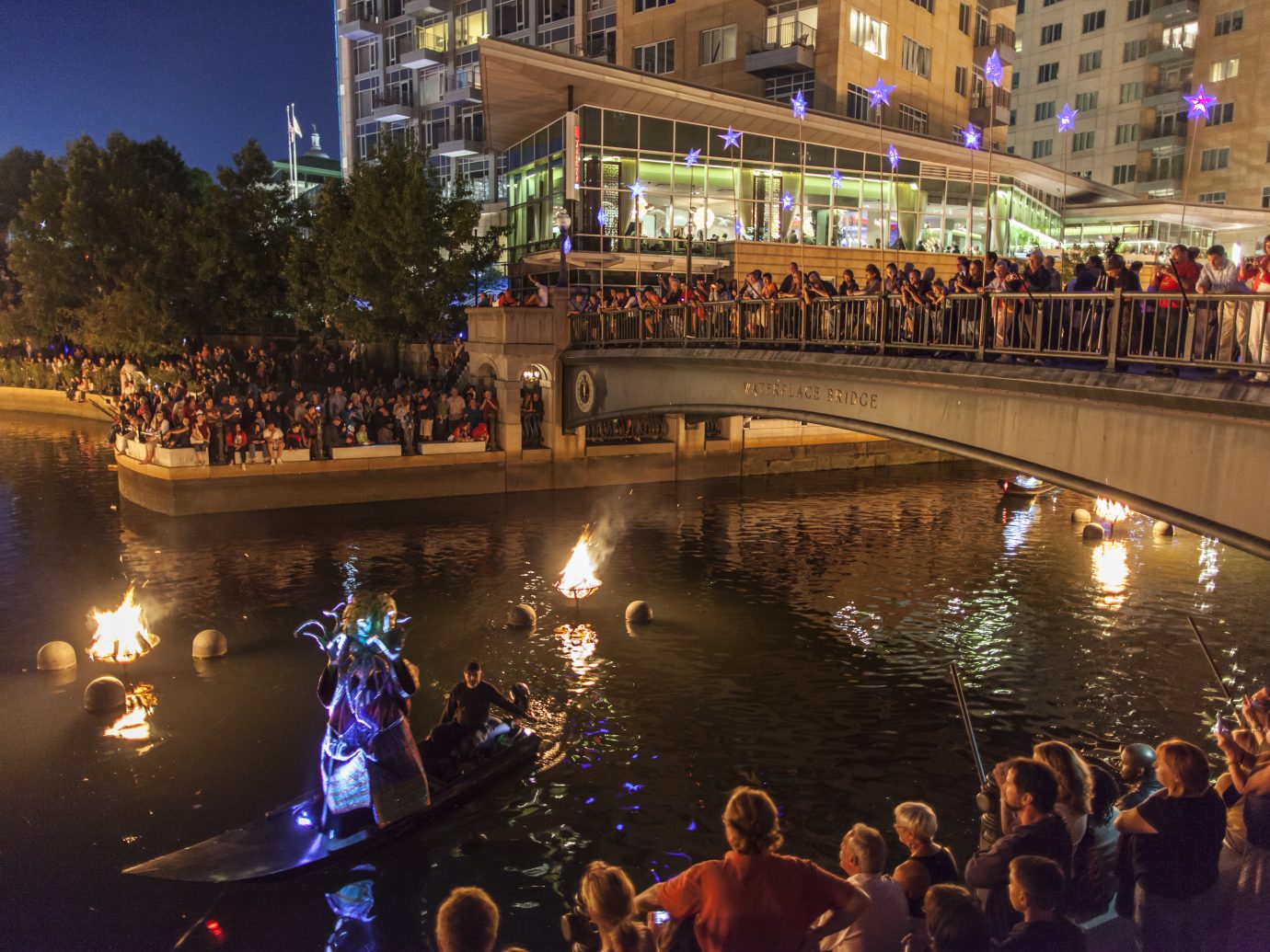 Throughout the summer, Rhode Island’s regular WaterFire events are the place to see 80 small bonfires lit on Providence’s rivers, from sunset until after midnight. The fire itself is actually a sculpture by Barnaby Evans; each of the 80 wood fires are hand-lit by torches from vessels careening down the river. BYO marshmallows. 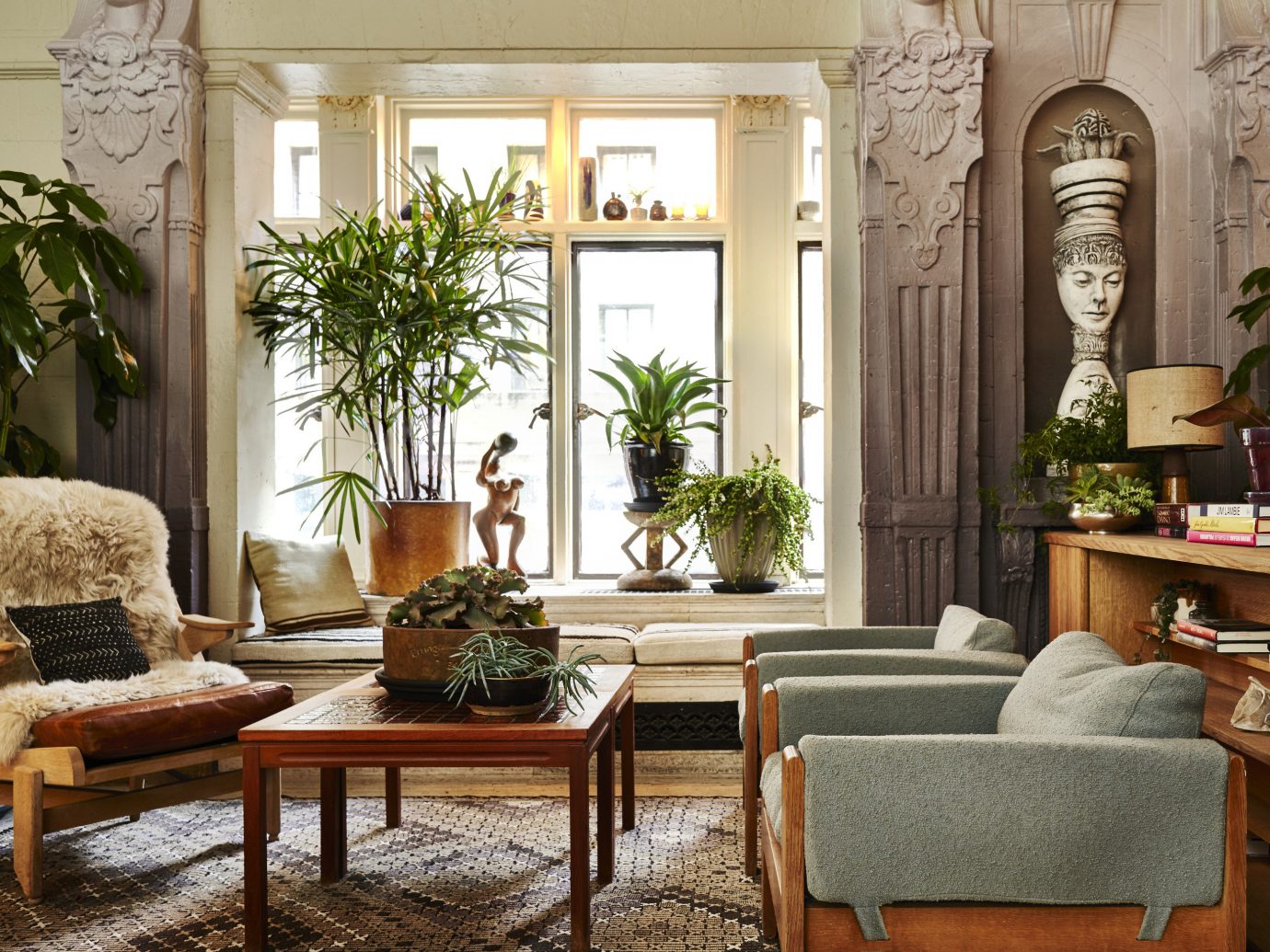 The NYC buzz is all about the spanking new Freehand New York—the latest of Freehand's empire of outposts in Miami, Chicago, and La La Land—because, in a city of design-y new hotels, it may be the most eye-popping (at least this month!). Roman & Williams transformed the former George Washington Hotel in the Flatiron into a timeless bolthole that smacks of European grandeur (a barreled ceiling, a grand piano in the lobby) paired with only-in-New-York cool (graffiti by Bard College students festoons the guest rooms). Head up to the just-opened rooftop Broken Shaker bar—a James Beard Award finalist—for cocktails like the Bad Attitude, made with toasted coconut-infused rum, Campari, sweet vermouth, and mango vinegar.

RELATED: The Best Outdoor Bars in NYC For Summer Drinking 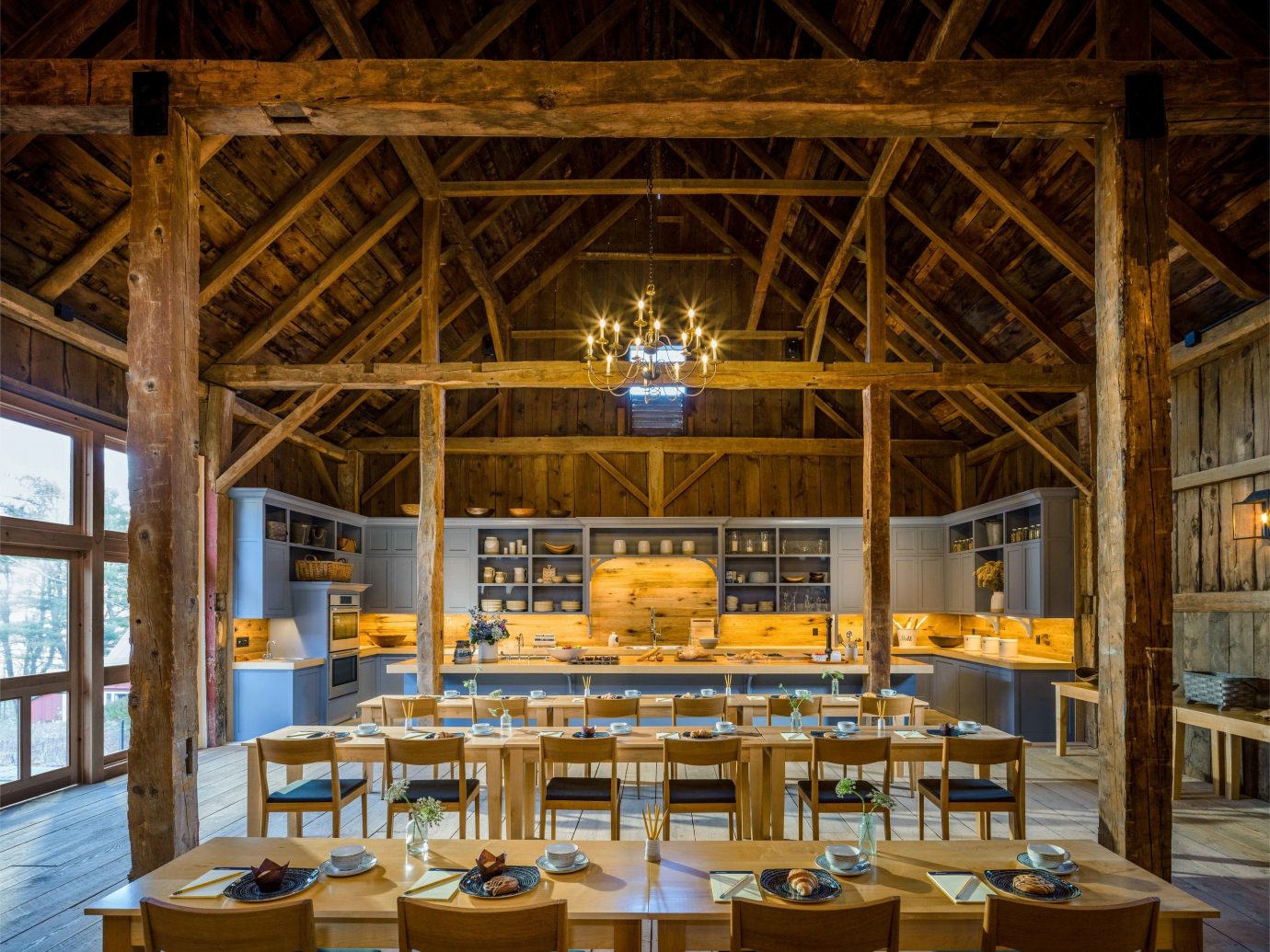 It’s rare for an iconic grande dame to reinvent herself, but it’s not impossible. Point proven: the 126-year-old Woodstock Inn & Resort opened a brand new culinary center in May, The Red Barns, that’s reason alone to trek to the state. It’s among the most locavore dining experiences you’ll ever have—the heirloom varietals you spot in the on-site three acre gardens will be on your plate in a matter of hours. Book ahead to join one of their classes, be it “Planting for Beneficial Insects and Pollinators” or “Edible Flowers and Great Garnishes”—a.k.a. how to make your Instagram food posts really sing.

RELATED: 8 Adorable Towns for Your Next Vermont Getaway 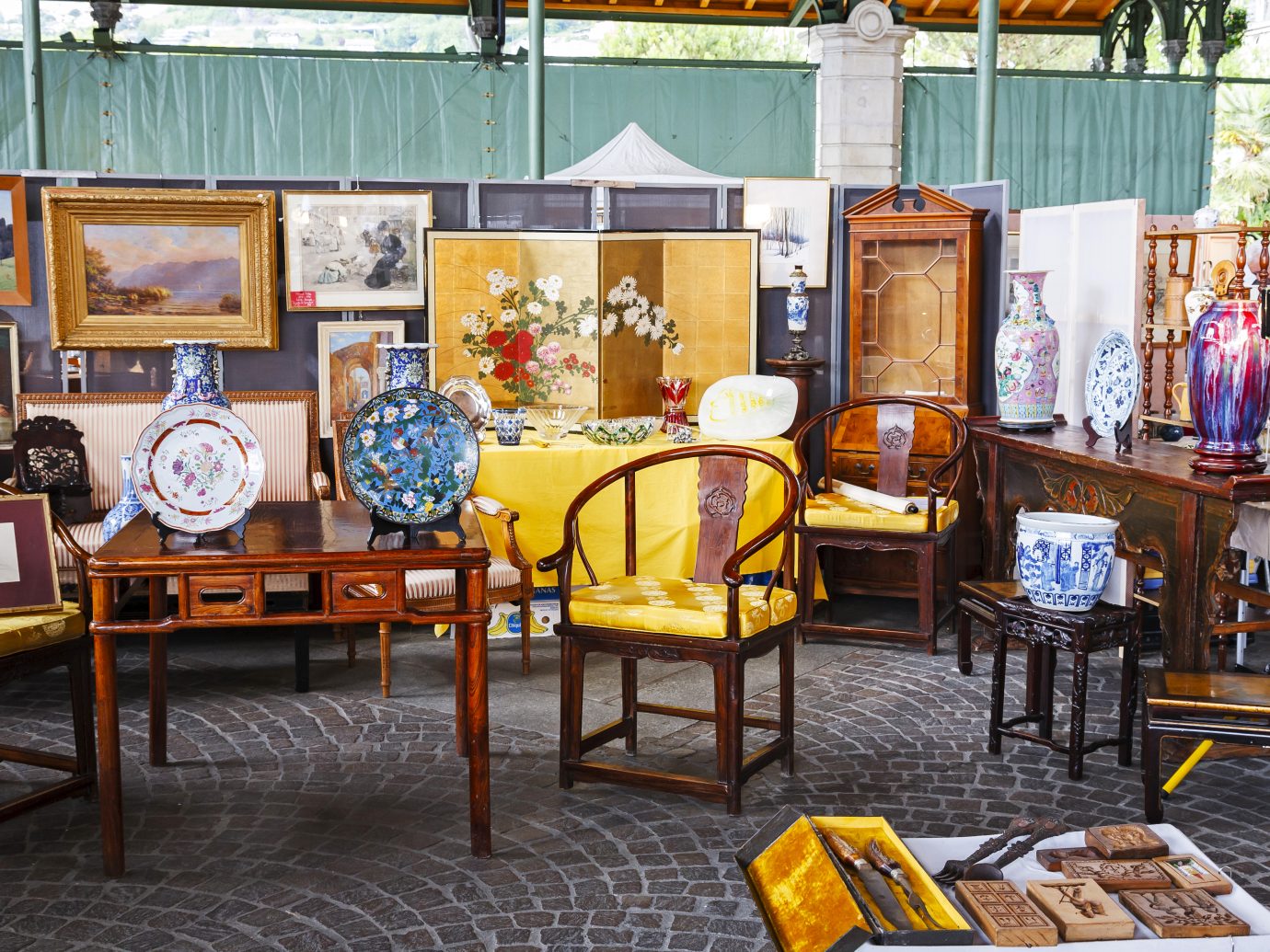 Hit the Ultimate Antique Market (even if you're not an antiques lover!) 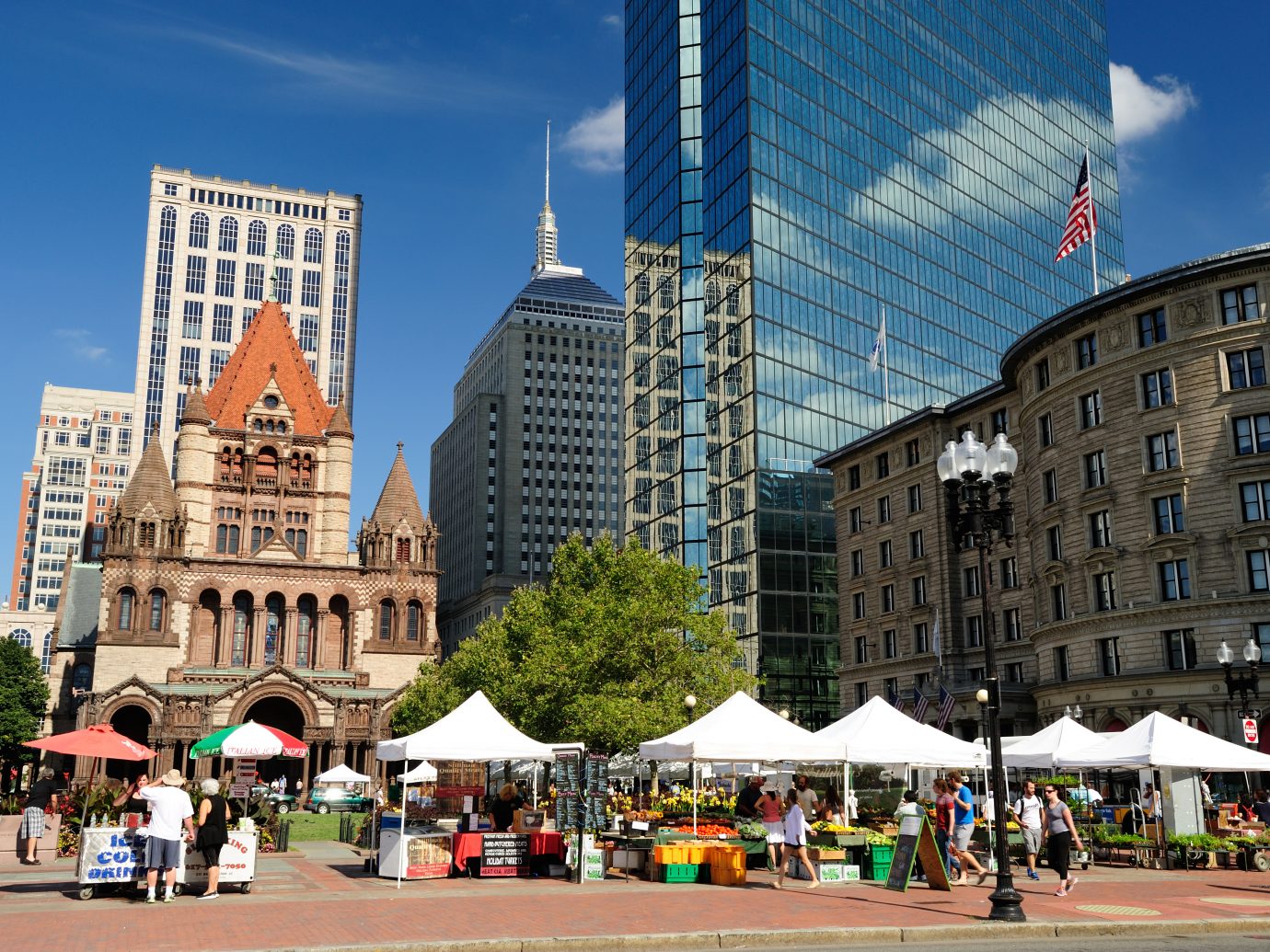 Shop the Ultimate Farmer's Market in Massachusetts
Boston's most beloved farmer's market, SoWa Open Market, is fresh-as-morning-dew come summer. You'll find more than 175 artisans, food trucks, and farmers collected at SoWa Power Station, including a Beer Barn tailor-made to quench parched July thirsts at a bar made from an up-cycled shipping container (look for Prospect Ciderworks if you're not a beer drinker).
Book Hotels in Boston, MA 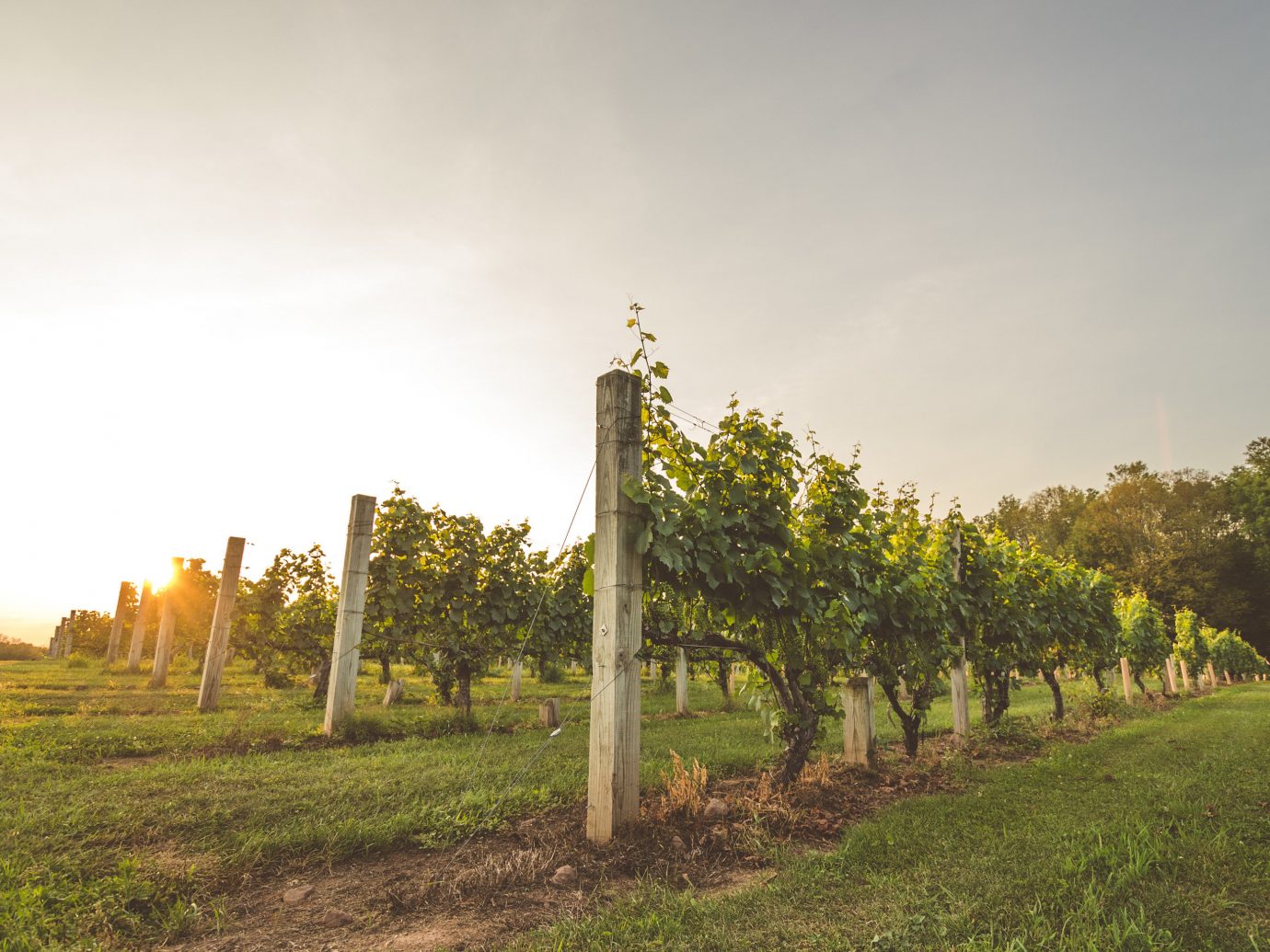 The state known for its maritime history, Yale, and oh-so-many sweater sets is also an oenophile delight (yes, really). The Connecticut Wine Trail is among the fastest flourishing wine regions in America, with 25 independents vineyards literally ripe for exploration. In tony Litchfield, hit Haight-Brown Vineyard, owned by a South African expat, for chocolate-paired tastings of chardonnay fermented with oak chips or Railway White, which was inspired by Connecticut's wine train. Another must-see: Jones Family Farms, whose historic barn is the summertime setting for "Summer Wine Downs"—evenings on the terrace with a rotating sangria and locavore menu and live music. 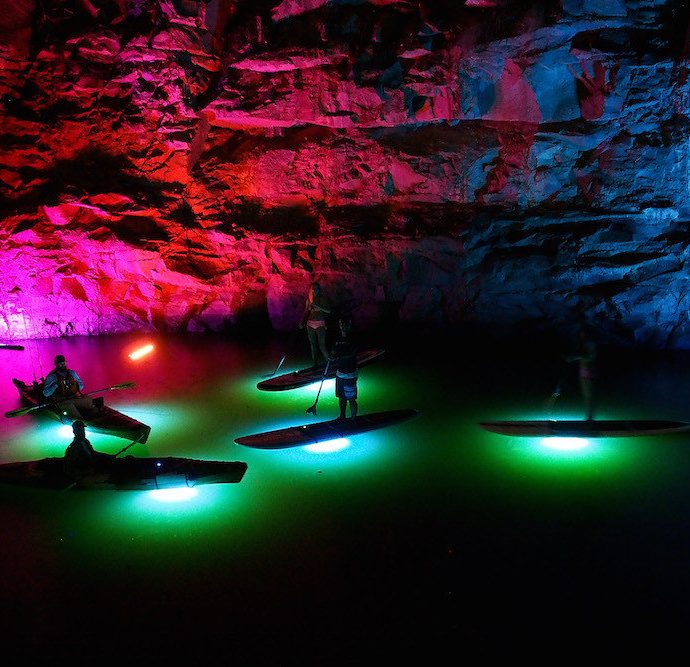 Stand-up paddle boards have been making waves for years, but Ocean City’s Liquid Paddle is making the experience even more rollicking with its 1.5-hour Feel the Glow nighttime tour. Glow lights illuminate the waters under each SUP, shedding light on what lies beneath Assawoman Bay.

What to bring when you go.

The Coolest Things to Do in Barcelona Now

The Coolest Things to Do in Tokyo