Between Memorial and Labor Day, beach-goers flood into the ferries and onto Fire Island, toting their belongings in Radio Flyer wagons (cars are forbidden), cruising around by bikes and boats, and toasting to sunsets in their favorite towns and hamlets. Despite how small it is (crossing the width of this 31-mile-long island takes about 10 minutes), the island's small communities couldn't be more different from one another. How to choose which is right for you? Whether you're looking for off-the-grid seclusion or a buzzy bars and restaurants, here's our ultimate guide to Fire Island.

Unlike surrounding hamlets (which are known for, and often proud of, their lack of restaurants and hotels), the unofficial capital of Fire Island operates like its own tiny city—with small-town appeal, of course. Lifeguards roam the beaches and the downtown area is home to more than a dozen restaurants and bars (and just as many shops). Island Mermaid feels just as it sounds—a get-away-from-it-all hangout where you can enjoy fresh seafood like scallops or calamari with views of the bay. JS Tip: Adults, don’t miss having at least one Rocket Fuel—a pineapple-, rum-, and amaretto-infused piña colada invented right here in town. Have room for dessert, but sick of all that ice cream from Scoops? Rachel’s Bakery is a go-to for decadent brownies, crumb cakes, and chocolate-filled croissants. 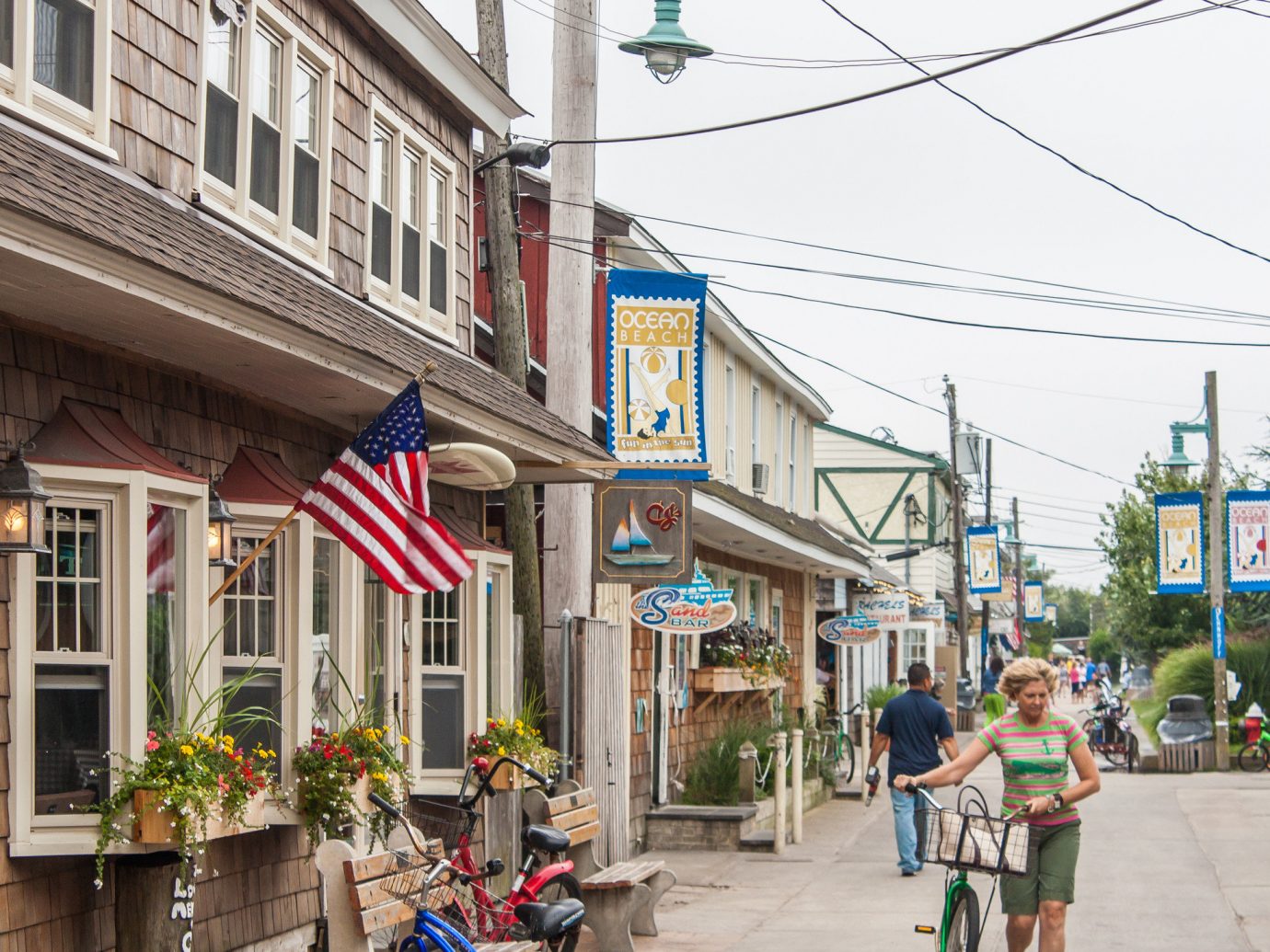 Despite being larger than Ocean Beach, you’ll find almost zero tourists walking the streets of Saltaire. That’s because this Fire Island village, just east of Kismet, has virtually no hotels—save for the members-only Yacht Club. Locals, which once included the late Liz Claiborne, pass the time walking the boardwalks, visiting the small library, and shopping at the just-redone lone market.

RELATED: 11 Secluded Beach Resorts You Need to Know About

You could compare Cherry Grove to Manhattan’s West Village—both were among the first havens in America for the LGBT community before the gay rights movement, and, although the Village’s party days have quieted down somewhat, Cherry Grove’s bars are still all about dance parties and drag shows. If you thrive on that energy, be sure not to miss Cherry’s on the Bay, whose dance party kicks off on the back patio, and Sandcastle at The Ocean—one of only two oceanfront restaurants on the entire island, with live music with beachside views.

Neighboring Fire Island Pines, you might say, is Grove’s more grown-up sister: restaurants and residences are much more dressed up, with no end to private pools, though the gay community still runs strong. An architectural renaissance of sorts has sprouted up over the years: on either side of the main boardwalk that splits this one-square-mile hamlet, you’ll find that coastal shacks have given way to bold, modernist homes so distinct there’s even a book written about them.

Because Fire Island’s westernmost community can be easily walked to from Robert Moses State Park—not to mention the many share houses that line its five blocks—make Kismet one of the most vacation-friendly towns on the island. Step off the dock and you’ll already be in its bayside downtown, a quaint little hub with its own market, liquor store, café, and ice cream and gift shop. Not to mention the views of the Fire Island Lighthouse, seen from both the beach and around town, are among the best around. At night, the biggest choice you have to make is whether to pop into “the Inn” (Kismet Inn) or “the Out” (Surf’s Out)—the hamlet’s two restaurants, both of which host live music, themed nights like trivia and lobster, and the Fire-Island-famous annual clam shucking contest.

The narrowest section on Fire Island might also be its most difficult to access—there are hardly any sidewalks to keep you from the hot sand, and most of the people you’ll find gathered here don’t stray far from the 150-slip marina or the Shack beach bar. While there may not be much going on here, Atlantique’s central location can’t be beat: most of Fire Island’s biggest attractions—including Ocean Beach—are just a short walk away. 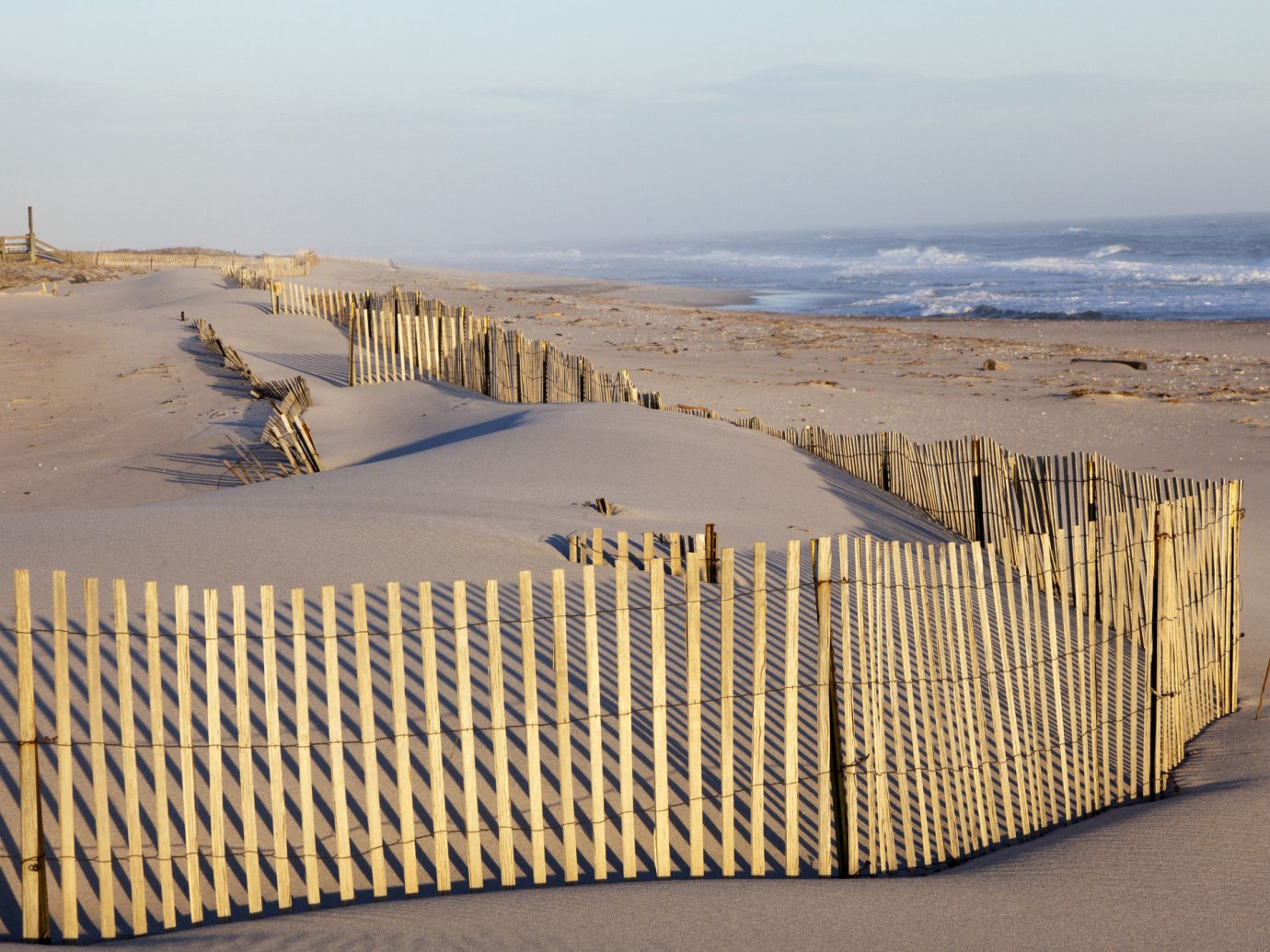 What to Wear in Fire Island

Women’s Outfit for the Most Beautiful European Places

Men’s Outfit for the Most Beautiful European Places

Women’s Outfit to Wear in the Hamptons

8 Hotels Every Solo Traveler Needs to Check Out