The 7 Coolest Things to Do in Washington D.C. Now

You’d be remiss to think that D.C. is nothing more than a place where politicians play. The nation’s capital is filled with cultural landmarks, one of the top culinary scenes in the country, beautiful theaters, and plenty of activities for those who love the outdoors. Here’s how to make the most out of your next trip to the District.

Shayla Martin is a freelance lifestyle and travel writer based in Washington, D.C. She has written for a number of publications including New York Magazine, The Daily Beast, The Wall Street Journal, CNN Travel, Architectural Digest, Wine Enthusiast, and the Atlanta Journal-Constitution. See her latest at ShaylaMartin.com and follow her on Instagram @Shayla.Martin

Visit museums beyond the Smithsonian

The Smithsonian Institutions (Natural History, American History, Air and Space, etc.) are a must for first-timers, but if you’ve been to D.C. before, it’s time to try something new. On Pennsylvania Avenue, you’ll find one of the most dynamic art institutions in Washington: the Newseum, an interactive space dedicated to the fast-paced world of journalism and news media. Just a fifteen minute walk away, the Museum of the Bible is home to artifacts spanning 3,500 years of history as well as exhibits about biblical stories and the Bible’s impact on past and present-day issues. Interested in something a little more modern? On May 12, 2019, the International Spy Museum will open its new facility in L’Enfant Plaza, unveiling 140,000 square feet of space dedicated to international espionage and intelligence.

Dine around the world

The international population in Washington, D.C., is well reflected in the city’s restaurant scene, and curious diners can find nearly any cuisine from around the globe if they know where to look. Head to the Adams Morgan neighborhood for Ethiopian food at family-owned Zenebech, or try to snag a reservation at the always-buzzing Filipino restaurant Bad Saint. On 14th Street, a restaurant row of global eateries: Estadio is the place for pinxtos, bocadillos, and other contemporary Spanish dishes, while Pappe serves modern Indian cuisine alongside cocktails tinged with tamarind, curry leaves, and cardamom. 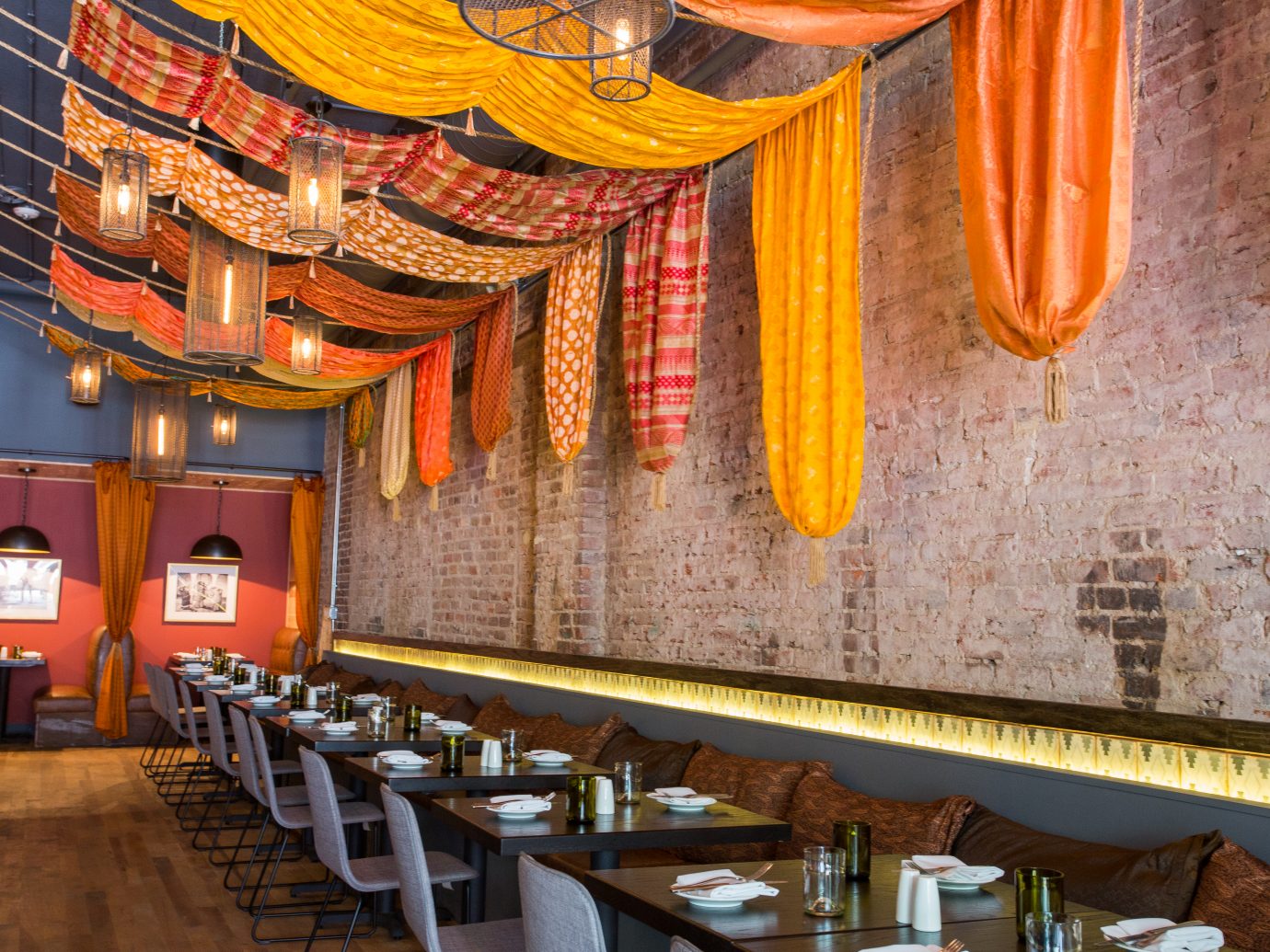 RELATED: 8 D.C. Restaurants We Can’t Get Enough Of 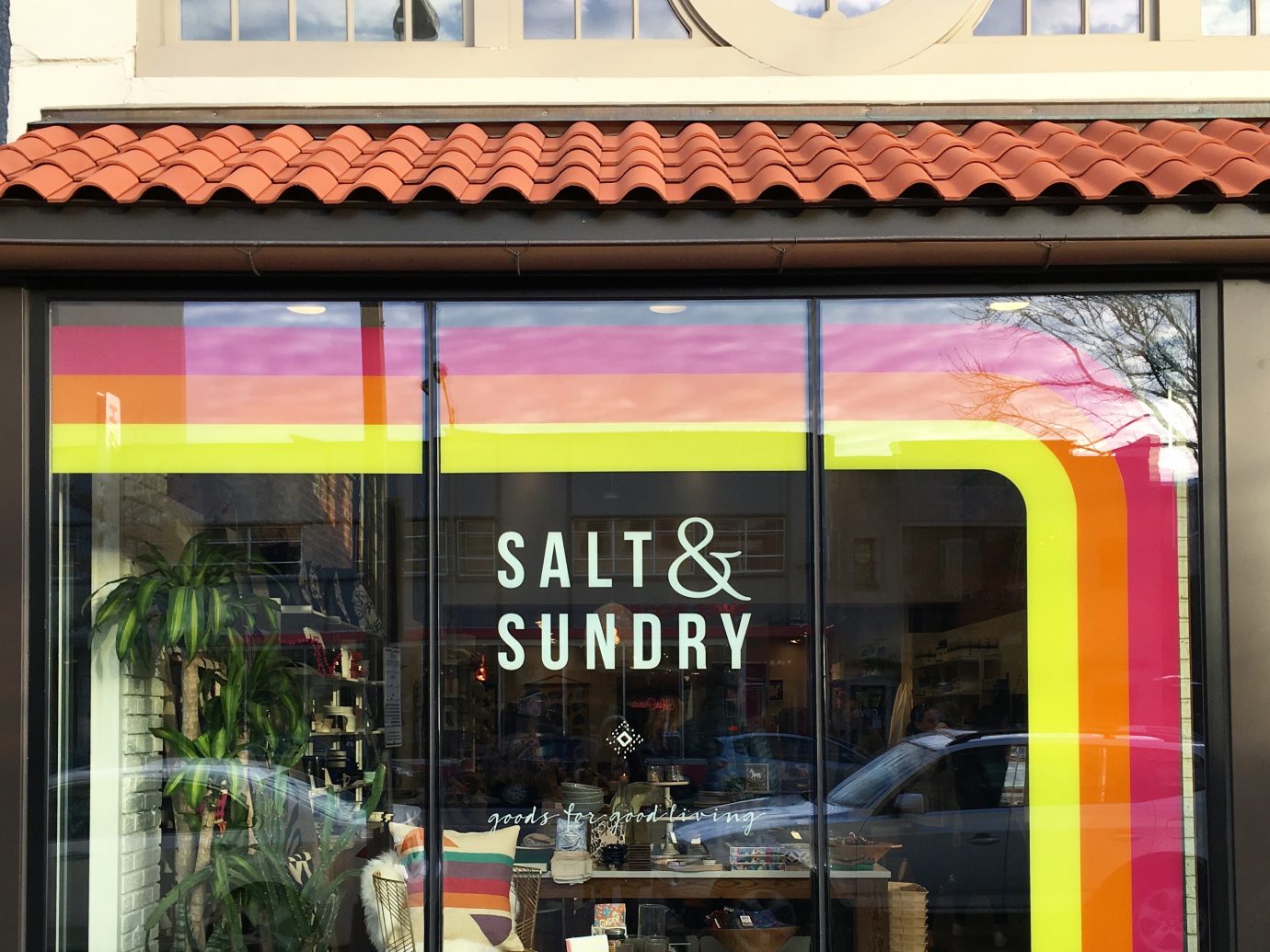 Take in the non-political side of Capitol Hill

Yes, Capitol Hill is where all of the lawmaking and governing goes down, but there’s plenty to do in this historic neighborhood that has nothing to do with politics. The cornerstone of casual weekends in Capitol Hill is Eastern Market, a huge hall built in 1873 that’s filled with merchants selling produce, meat, cheeses, seafood, and flowers. After stopping by The Market Lunch restaurant during brunch hours for Crab Cake Benedict, make your way to the U.S. Botanic Garden, where a domed glass conservatory delights with hanging vines, colorful flowers, cacti, and lush trees spread across two courtyard gardens and 10 garden rooms. For good, old-fashioned nostalgia, stop by Labyrinth Games and Puzzles, where you’ll find classic board games like Monopoly and Candyland, chess, wooden puzzles, Legos, and marble mazes.

Savor a cocktail at a swanky hotel bar

D.C.’s best hotel bars pair history with fashionable digs and fantastic libations. Tuck into a Mint Julep at the wood-paneled Round Robin Bar inside The Willard InterContinental, rumored to be the first site in Washington where the cocktail was served in the early 1800s. Off the Record in The Hay-Adams hotel is known around D.C. as one of the best bars to be seen and not heard, so don’t act surprised if you spot some political elite enjoying martinis in a corner booth. The Watergate Hotel (yes, that Watergate) is home to two enviable bars in the city: Top of the Gate is a spacious rooftop bar offering 360-degree views of the Kennedy Center, the Potomac River, and the city skyline while The Next Whisky Bar is loved as much for its high-end selection of whiskeys and cigars as it is for its illuminated wall of 2,500 whiskey bottles.

D.C. has a thriving theater and performing arts scene that attracts some of the biggest productions and music artists from around the world. If you’re a history buff, visit Ford’s Theatre, the site of President Abraham Lincoln’s assassination that’s still a working theater and museum. In Capitol Hill’s Folger Theater, inside the Folger Shakespeare Library, you’ll find the largest collection of Shakespeare in the world. If theater isn’t your speed, check out a comedy show at DC Improv for performances from up-and-coming talents, celebrity comedians, and improv classes. The biggest ticket shows are held at the John F. Kennedy Center for the Performing Arts, the premier theater in town that’s built to host Broadway musicals, the National Symphony Orchestra, ballet, jazz performances, festivals, opera, and pretty much any other live performance you can imagine.

Most visitors tend to forget that D.C. is a waterside town, and there are so many ways to enjoy both the Anacostia and Potomac Rivers both on and off the water. One of the latest waterfront destinations is The Wharf, an entertainment district lined with hotels, restaurants, The Anthem theater (known for rock and hip-hop shows), Maine Avenue Fish Market (around since 1805), local shops, and four different piers. In Georgetown, take a stroll along the C&O Canal Towpath or stop by the Key Bridge Boathouse to rent a kayak or canoe. Over in Capitol Riverfront, enjoy a bottle of wine at District Winery overlooking along the Anacostia River, or enjoy free outdoor fitness classes at Canal Park. Finally, even though it may be considered corny, no trip to D.C. is complete without a pedal boat trip around the Tidal Basin for some fantastic shots of the Jefferson Memorial.

We’ll Say It: These 9 Tourist Attractions are Actually Worth the Hype