From Michelin-starred restaurants and southern comfort food to standout food trucks and everything in between, America has it all. We’ve rounded up our top 10 foodie destinations for 2019, perfect for eating (and drinking!) your way from coast to coast.

Although California and New York City have long held the titles for best food cultures in America, it’s Oregon’s hipster haven that claims the top spot on our list this year. From its artisanal cheese, chocolate, and donut producers to the city’s insane coffee culture—not to mention more breweries, urban wineries, and pop-up food trucks than one can count—Portland is the ideal destination for those who love to eat. Don’t miss Andy Richter’s Pok Pok Thai, Stumptown Coffee Roasters, and Blue Star donuts, as well as Le Pigeon, Coquine, and Noble Rot on the restaurant front (the last of which offers gorgeous city views and a rooftop garden).

New York will always claim a top spot on our Best Food Cities list—and it’s no surprise why. America's melting pot has one of the most diverse culinary scenes in the world. Not sure where to begin? The key to mastering New York’s unique and varied food culture is to plan and attack by neighborhood: for Greek eats, head to Astoria, Queens; for all things Asian, look no further than Chinatown— or even better, Flushing; for authentic Spanish dishes, Harlem is your jam. For those seeking a more haute-cuisine restaurant experience, New York’s got 75 Michelin-starred restaurants, too.

RELATED: 8 Restaurants in NYC We Love

Alice Waters’ early pioneering of the farm-to-table movement, followed by Thomas Keller’s high-end organic foodie empire, has made Northern California a favorite eating destination for years. The region’s impeccable growing conditions allow for a variety of healthy produce, which regional chefs take full advantage. SF is also renowned for its taco culture as well as six three-Michelin-starred restaurants—more than any city in the country. From upscale eats at Nopa and Saison to the more laid back taquerias of the Mission District, San Francisco’s got something for every type of hungry traveler. 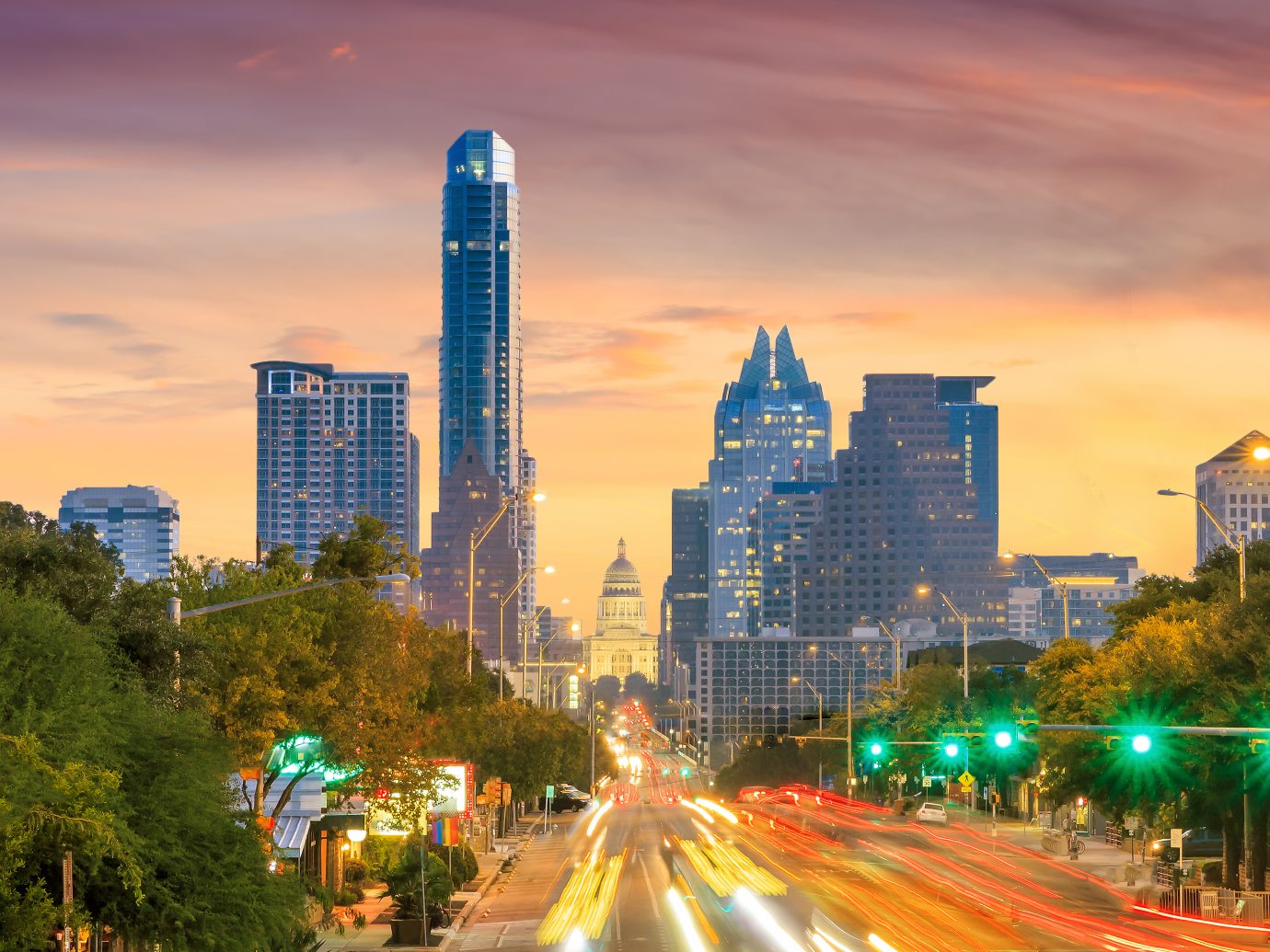 Texas is a comfort food haven, and Austin’s got the vibe to match it. Music, booze, and good eats harmoniously collide in this southern foodie destination, which has aggressively been climbing ‘Best Of’ lists over the past few years. From barbecue to tacos to farmers markets and food trucks, a visit to this southern gem is certain to leave you satiated for days. Hit Capital Taco and El Primo for tacos, Catfish Parlour and Chez Nous for comfort food and French-inspired fare, and Franklin Barbecue and Whitfield’s for good old southern eats.

RELATED: How to Plan a Girls Getaway to Austin

Okay, so the year-round weather might not be ideal, but when it comes to food and drinks, Chicago delivers in spades. Whether classic steaks, juicy burgers, or simple hot dogs are your thing, Chi Town has your back—and let’s not forget the unmatchable Mexican food scene pioneered by such chefs as Rick Bayless and José Andrés. On the bar front, The Violet Hour, The Aviary, and Three Dots and a Dash are unmissable, while the city’s impressive number of breweries including Goose Island, Lagunitas, and Motor Row (to name a few) make the city a beer lover’s dream. Oh, and deep-dish pizza? No one does it better than here. 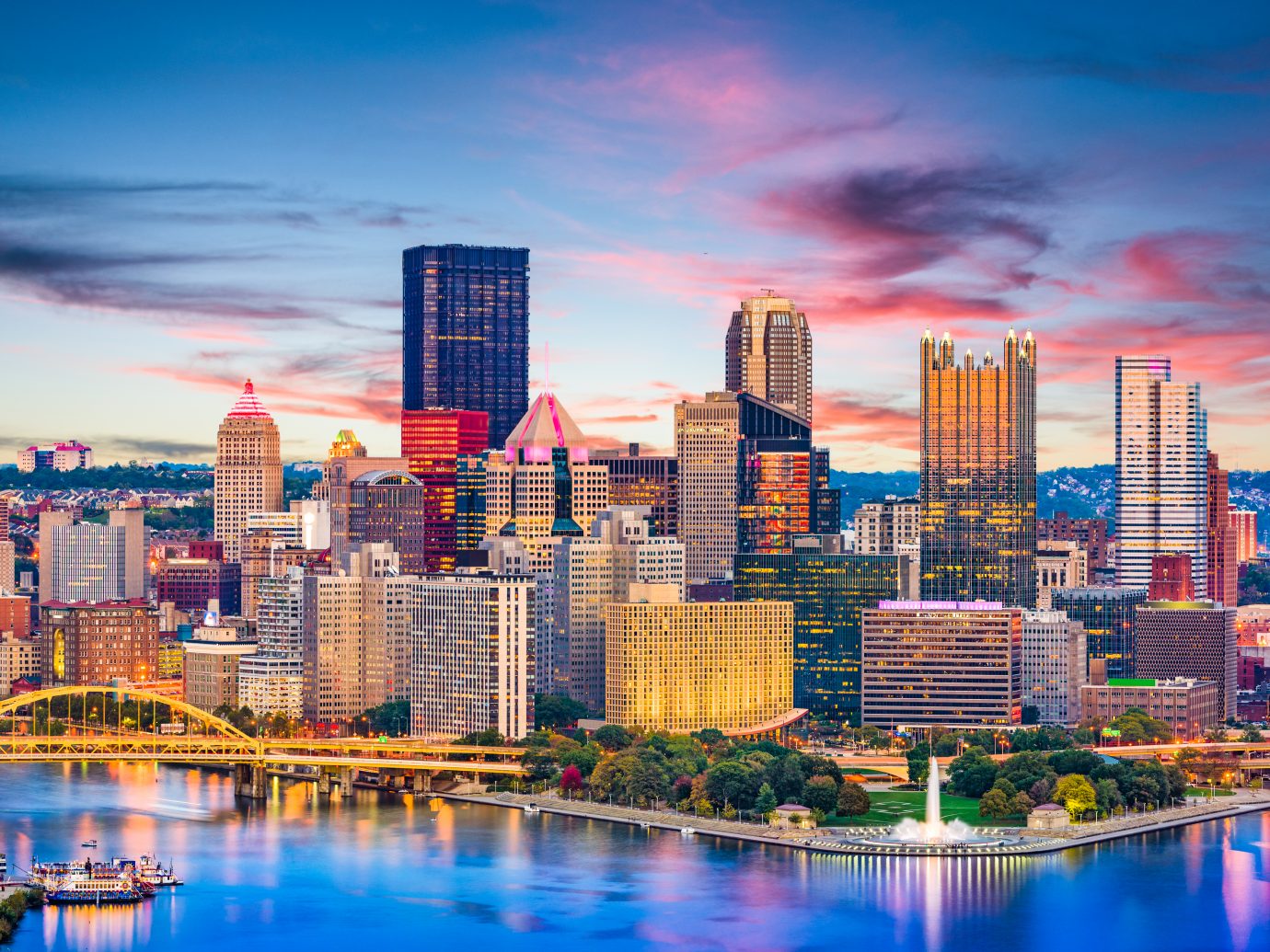 There's no denying Philadelphia’s food scene has been on the up and up, but it’s Pennsylvania’s southerly city that’s capturing our attention this year. Pittsburgh is arguably the most underrated culinary destination in the entire northeast, but it's becoming more renowned for its sandwich, street food, and bar culture. A Primanti Bros. corn beef and cheese is a must, as is a hearty serving of Polish pierogi from Pierogies Plus or Apteka. Don’t forget to wash it all down with a signature Eat’n Park Smiley Cookie!

For cocktails, creole, and good old southern comfort, no one does it better than New Orleans. The city’s restaurant scene is heavily influenced by Creole and Cajun-style cooking, reflected in the city’s signature dishes—gumbo, jambalaya, muffulettas… you get it. For classic po’ boy sandwiches, check out Crabby Jack’ or Guy’s; for Creole fare, head to Mulate’s or K-Paul’s; for classic cocktails, stop by Arnaud’s French 75, Sazerac House, or Napoleon House for traditional New Orleans style imbibing. (The Big Easy is the birthplace of the Vieux Carré and Sazerac, after all.) For those looking to delve into the world of Absinthe, there’s a namesake bar for that, too.

Forget the in-your-face flashiness of South Beach; when it comes to food, Miami’s got it going on. For authentic, island-inspired cuisine, leave the beach and head to other neighborhoods (think Downtown Miami, Little Haiti, and Little Havana) to truly experience the city's rich culinary offerings. For taco lovers, check out Lolo's Surf Cantina, and for first-rate seafood, look to La Camaronera  and Joe's Stone Crabs. Travelers hoping to experience the best in food trucks, Tropical Park is a must (and Anthony Bourdain was known to rave about the place).

Over the last decade, Charleston has unofficially become the "foodie destination" of the south—and we don’t see that changing anytime soon. Although Charleston may not be the most diverse in the kitchen, when it comes to southern fare, this city has got it down pat. Charleston Grill, FIG, and The Grocery are always classics, and for fresh seafood as far as the eye can see, look no further than The Ordinary or 167 Raw. P.S. No trip to Charleston is complete without a hot cup of Second State Coffee (formerly Black Tap Coffee). 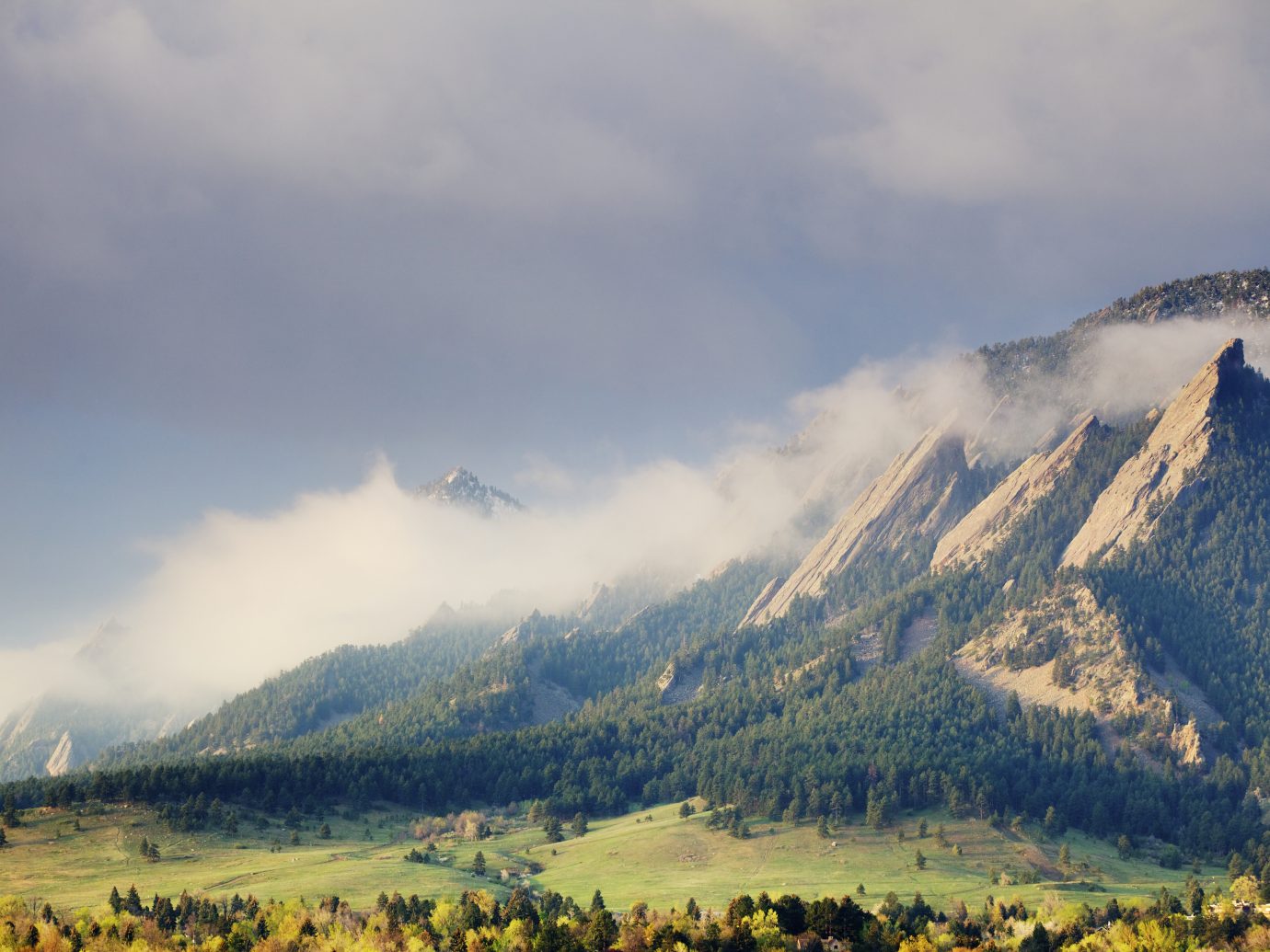 Good eats and even better beer are in abundance in this up-and-coming Colorado foodie destination. From farm-to-table New American food at Oak and The Kitchen to Creole-influenced breakfast bites at Lucile’s Creole Café to impeccable food and hospitality at the award-winning Frasca Food & Wine, Boulder has no shortage of great restaurants. Work up an appetite at one (or a few!) of the city’s many breweries, including Boulder Beer Company, Upslope Brewing Company, or Twisting Pine Brewing Co. If you still have room (and we hope you do), wash it all down with an artisanal ice cream from Heifer and the Hen or Sweet Cow.

How to style yourself for a food town escapade:

Where to Catch the Best Wildflower Blooms in the US

Steal the Style: Luxe Airbnbs Around the World